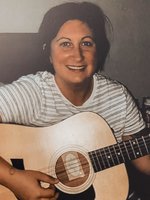 Sarah E. Cadario, 31, of Enfield, passed away unexpectedly on Wednesday, January 1, 2020. She was the fiancée of Tara Carter. Born in Newton, MA, Sarah was the daughter of Charles W. Cadario of Enfield and Linda (Russell) Cadario of Wallingford, KY. Sarah was a former Glastonbury resident, moving to Enfield four years ago. She was a graduate of Glastonbury High School and also attended the Greater Hartford Academy of the Arts. Sarah received her Bachelor’s degree in Philosophy and Psychology from UCONN and was currently pursuing her Masters degree at Bay Path University. She was very musically inclined and loved to play the piano and the guitar, as well as being a gifted vocalist. She loved sports, and was an avid soccer player. Sarah formerly attended the First Church of Christ, Wethersfield. In addition to her fiancé and parents, she is survived by her brother Douglas C. Cadario and his wife Michelle of Glastonbury, her brother David R. Cadario and his fiancée Sarah Boxer of San Francisco, CA, her nephews Bryson and Maverick Cadario, her grandparents Virginia Russell of Wellfleet MA and Charles L. Cadario of Cotuit MA, many aunts, uncles & cousins, as well as her very special dogs Callie and Lucic. Friends may call on Wednesday, January 8, from 4:00pm to 7:00pm with a memorial service following at 7:00 pm at Mulryan Funeral Home, 725 Hebron Ave., Glastonbury. Burial will be at the convenience of the family.