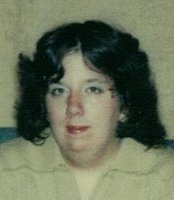 Darline Bysiewicz, 66, of Rocky Hill, passed away on Friday, January 3, 2020 at Glastonbury Health Care Center peacefully in her sleep, went to Heaven and is watching over all of us now. She was the beloved wife of Raymond A. Bysiewicz. Born in Hartford, Darline was the daughter of the late Charles R. Dingwell, Sr. and Renee (Menard) Dingwell. She worked as a Certified Nurses Assistant for many years in various local convalescent homes and spent many of those years caring for patients with Alzheimer’s Disease. Darline’s love for nature extended to all animals, with a special concern about providing for the birds and squirrels. In addition to her husband, she is survived by her two brothers Charles R. Dingwell, Jr. and his wife Brenda of New Britain, David Dingwell of Manchester, her sister and brother-in-law Denise and Glen Cook also of Manchester, her mother-in-law Jean Bysiewicz of Middletown, two sisters-in-law Christine Bysiewicz of Middletown and Catherine Cluen Bysiewicz and her husband Gary Cluen of Meriden, her brother-in-law Peter Bysiewicz of Middletown, and several nieces, nephews, grandnieces, grandnephews, great grandnieces and great grandnephews. Funeral services will be held on Thursday, January 9, 2020 at 5:00 pm at Mulryan Funeral Home, 725 Hebron Ave., Glastonbury. Burial will be at the convenience of the family. Friends may call on Thursday from 2:00 pm to 5:00 pm at the funeral home. In lieu of flowers, memorial donations may be made to St. Jude Children’s Research Hospital, 501 St. Jude Place, Memphis, TN 38105, the American Diabetes Association, P.O. Box 15829, Arlington, VA 22215, or the American Cancer Society, P.O. Box 22718, Oklahoma City, OK 73123-1718.