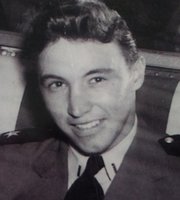 Charles K. Barton, Sr., 93, of Glastonbury, passed away peacefully on Sunday, January 5, 2020 at Hartford Hospital. He was the widower of Clare (Bishop) Barton. Born in Paterson, NJ, he was the son of the late Charles K. Barton, Sr., President of the New Jersey State Senate, and Elizabeth (Currie) Barton. Charles interrupted his education at Dartmouth College to enlist in the U. S. Navy during WWII. He was sent to United States Naval Reserve Midshipmen’s School at Columbia University and later deployed to the Philippines, serving on a supply ship. He eventually returned to Dartmouth College and graduated in 1947. He was honorably discharged from the U. S. Naval Reserve as a lieutenant junior grade in 1955. During his overseas duty, his sister Betty arranged for him to receive mail from the sister of her friend, Margie Bishop. When Charlie returned to New Jersey, he and Clare had their first date, which included a carriage ride in Central Park. They were married in 1949 and celebrated their sixtieth anniversary before her passing in 2010. Charlie was a manufacturer’s representative at Barton Associates for more than half a century, retiring in 2018. Golf was a passion of his. He was one of the original members of the Glastonbury Hills Country Club. He also belonged to the Canoe Club of East Hartford. A diehard New York sports fan, he was optimistic that the Knicks could continue to improve after the recent firings of two coaches, but he felt that the Giants held onto Coach Pat Shurmur, the general manager, and the defensive coordinator too long. He is survived by two daughters, Sara Barton of Glastonbury and Nancy (husband Leif) Fellinger of South Carolina, his son Peter Barton of Glastonbury, his grandchildren Jonathan and Patrick Barton, James Fellinger, two great grandchildren, Gianna and Dahlia Barton, and his daughter-in-law Cindy Barton of Wethersfield. Charlie was predeceased by two sons, Charles K. Barton III and John Barton, and a former daughter-in-law Gail Barton. There are no calling hours. The family will hold a memorial service later this year. Memorial donations may be made to the Shriners Hospital for Children, 516 Carew St, Springfield, MA 01104. For online condolences, please visit www.mulryanfh.com