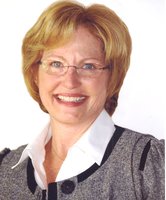 Angela (Keefe) Lynch, 71, of Niantic, CT, beloved wife of James Lynch died January 25, 2020 at Hartford Hospital after a long and well fought battle with pancreatic cancer. Born on August 9, 1948 in Philadelphia, PA, she was the daughter of the late John and Mary (McCardle) Keefe, who emigrated from Prince Edward Island, Canada, where Angela has hundreds of family members who stay in touch through family reunions, held every five years. Angela lived in Glastonbury for 30 years before retiring to Niantic , CT. In addition to her husband, she is survived by her daughter, Connie and her husband James Mabli of Sudbury, MA, her son, Brendan of New York City, two brothers, John Keefe and Robert Keefe, a sister, Constance Keefe, five grandchildren, Sean, Claire, Maura, Bridget and Caitlin Mabli, several nieces and nephews and their families, and many friends and colleagues. She was predeceased by a brother, Daniel Keefe and sister in law Mary Lou (Faust) Keefe, and nephew, Douglas Keefe. Angela and Jim met in New York City on St Patrick’s Day during their college years in Philadelphia. They married after college and celebrated their 50th wedding anniversary this year. They were deeply devoted to one another, working together to achieve both their joint and their individual life goals. They focused on family and friends, building deep relationships that sustained them during challenging times. Angel was a graduate of Rosemont College, Rosemont, PA, and earned a MA in Mathematics from Trinity College, Hartford, CT and a Ph.D. in Industrial / Organizational Psychology from the University of Connecticut. Angela worked in IT at both Aetna Life Insurance Company in Hartford and MassMutual Insurance Company, in Springfield, MA. After a mid-career switch to organizational psychology, she worked at IBM for many years as an Organizational Design Strategy Consultant. After retirement, she worked as an Independent Consultant and Executive Coach and as a Teaching Associate at Columbia University in the Applied Analytics Masters Program in the School of Professional Services. She found great joy in helping professionals and students build their skills and find their voices at various points in their careers. Angela was proud of her family, where time together brought them special joy. In recent years, her grandchildren were the focus of her life. Angela was a life-long learner and enjoyed many interests, especially ballet training and all things electronic. She loved the time spent in their home in Dingle, County Kerry, Ireland where Jim’s parents were born. She also had a special love of New York City and all that it offered. Angela was blessed to receive exceptional help and support during her illness from her medical team at Memorial Sloan Kettering Cancer Center in New York. Their dedication and caring eased her road in so many ways. A special thanks also goes to Dr. Pat DeFusco, who offered medical and personal support throughout her illness. A Mass of Christian Burial will be celebrated on January 31, 2020 at 10:30 am in St Dunstan Church, 1345 Manchester Rd, Glastonbury, CT. Calling hours will be Thursday, January 30, 2020 from 4-7 pm at the Mulryan Funeral Home, 725 Hebron Ave., Glastonbury. Burial will be private in Holy Cross Cemetery, Glastonbury, CT. In lieu of flowers donations in Angela’s memory may be made to the American Cancer Society, for Pancreatic Cancer Research, P.O. Box 22478. Oklahoma City, OK 73123. or to the Alzheimer Association, Home Office, 225 N. Michigan Ave., Floor 17, Chicago, IL 60601