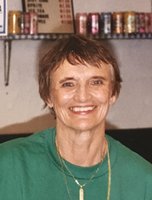 Gisela Schmitz Durhan, age 97 of Manchester, CT (formerly of Southold, NY) died peacefully on August 21, 2020. Born in Germany in 1922 she came to the US as a young child and grew up in Glendale New York. Gig was an avid skier and met her future husband Ernest Durhan in the German ski club of NYC. They raised two daughters in Roslyn NY and were active in the boating community of the Port Washington Yacht club. After retiring, Gig moved to Southold NY where she volunteered at the Southold library and at Eastern Long Island hospital. Gig had many interests and was a passionate traveler, having visited over 30 countries and all seven continents. Along the way Gig made friends wherever she went, had many bridge partners and was always ready for another adventure. Gig had a great sense of humor and was always telling jokes. She frequently said how lucky she was to have had such a great life. Gig was preceded in death by her parents Hermann and Regina, husband Ernest, and her siblings Hermann, Christel and Liz. Gig is survived by her daughters, Linda Durhan (John Opalacz) and Elizabeth Durhan (Tom Haynes), five grandchildren Jennifer, Katherine, Kristin, Laura and Daniel, nine great grandchildren and many nieces and nephews. She leaves behind many great friends from her travels and from her time living in Southold NY and in White Oaks Retirement Community in Manchester CT. Due to the current pandemic the family will host a celebration of life at a later date when it is safe to do so. The family would like to thank everyone who played a part in Gig’s life especially the staff at White Oaks and the caregivers at Jefferson House in Newington CT.