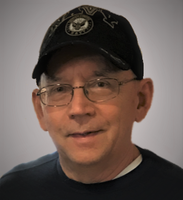 Edward Stanley Gazda passed away peacefully on New Year’s Day 2021 after a longtime battle with Alzheimer’s. Ed was born in Holyoke, MA on September 18th, 1943 and was the eldest of three sons to Josephine and Edward Gazda. After graduating from Springfield Technical High School in 1961 Ed continued his education at Lowell Technological Institute where he earned a bachelor’s degree in electrical engineering and was also a member of their rifle team. It was also during this time that Ed would meet his future “soulmate” Julie at the local library. He certainly must have had his eye on her for quite some time as he only had to go but seven houses down the street to court her. Ed enlisted in the navy and proudly served his country during the Vietnam war, attaining the rank of LTJG as a SEABEE. Here his engineering expertise was utilized to set up overseas bases. A measure of trust in his abilities prepared him for eventually becoming the head of the Electrical Engineering Dept at Westvaco and earning many lifelong friendships along the way. Ed served on the Board of Education in Somers, CT where his daughters attended school and he was instrumental in the planning of school constructions. Ed’s pastimes and passions included travelling, photography, golfing, skiing, hiking, spending time with his pet cats (especially Specs), landscaping his impeccable yard and vacations at his lake house in NH where he enjoyed boating and entertaining many friends. He was a connoisseur of wine and kept a well-stocked variety for all occasions in his picturesque cellar which was the setting for many parties with lively polka music and dancing. As a dad, Ed looked forward to entertaining his children by building a backyard skating rink, snow igloos, leaf piles and a huge sledding trail on the mountain in his backyard. As a devoted father he also instilled lifelong skills in his three daughters including decency, dedication, respect and devotion to family, friends, and career. Ed leaves to cherish his memory, Julie (Wegiel), his loving wife of 53 years, his 3 daughters Mary and her husband Kipp, Kathy and Carol and her husband Dave. He also leaves his brother Bob and wife Lorraine, his brother Stanley and his mother-in-law Julia. Additionally, he leaves his 4 grandchildren Amber, Victoria, Jeremy and Dylan, nephews David, Nicholas and nieces Lauren, Rachael, Rebecca, Alexa and Natalia along with many great grand nieces and nephews. He will also be missed by a Siberian Husky named “Sasha” that loved him dearly. Not to be forgotten are his caregivers at Brookdale Buckingham who treated Ed like a family member and the exceptional care and compassion shown to Ed at the Manchester Memorial Hospital during his final hours. Calling hours for family and friends will be Saturday January 16, 2021 from 10 am to noon at the Mulryan Funeral Home located at 725 Hebron Avenue in Glastonbury CT. Burial services will be private but a celebration of life will be held later in the year. In lieu of flowers, donations in his memory may be made to the Alzheimer’s Association.