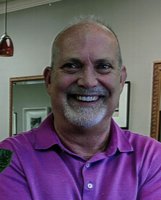 Daniel Dell’Aera, 68, of Marlborough, passed away peacefully on Wednesday, January 6, 2021 at home. He was the beloved husband of Carmela (Pricone) Dell’Aera.

Born in Senise, Italy, he was the son of the late Vito and Rosa (Fucci) Dell’Aera. Daniel immigrated to Bristol, CT from Italy in 1966, graduated from Bristol Central High School, Class of 1970 and continued his education at the Hairdressing and Cosmetology Institute. He was the owner and master stylist at Cosmetology Unlimited for over twenty years and later at Salon Dell’Aera, Glastonbury. Danny was an avid golfer. He also volunteered his time and talents at the Veterans Hospital. Danny was a faithful, loving husband, brother, uncle and friend. To know Danny was to love him. He made each and every one of us feel loved, special and supported. Danny was a member of Trinity Methodist Church, Windsor.

A memorial service will be held at the Trinity Methodist Church in Windsor at a later date. Burial will be at the convenience of the family.  In lieu of flowers, memorial donations may be made to the Ron Foley Foundation, 1000 Farmington Ave., Suite 108A, West Hartford, CT 06107.