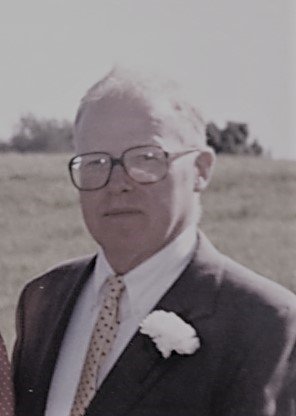 John E. Douglass, 90, of Glastonbury, passed away on Sunday, February 24, 2019. He was predeceased by his wife, Janet L. Douglass.

Born in New York, NY, he was the son of the late William and Catherine (Sullivan) Douglass.  John graduated with a business degree from Colby College where he was a member of the baseball team and ATO fraternity.  After college John was a Captain in the U. S. Marine Corps and served in Korea. A longtime Glastonbury resident, John worked in Hartford as a bond broker for American Securities. He loved sports, gardening, and spending time outdoors, especially on Cape Cod. He was kind and caring to all.

Friends of John and his family are invited to join us for a light lunch while sharing memories on Saturday, March 9th at The Elks Club, 98 Woodland Street, South Glastonbury, CT from 12:30 to 3:00 pm.

In lieu of flowers, memorial donations may be made to the Orleans Conservation Trust, 203 South Orleans Road (Route 28), Orleans, MA 02653 or the Connecticut Audubon Society, 1361 Main St, Glastonbury, CT 06033.