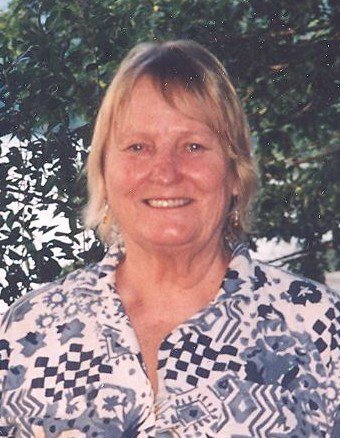 Obituary of May M. Upjohn

May Marjorie (Lehto) Upjohn, 83, of Portland passed away peacefully at home on Wednesday, March 27, 2019. She was the beloved wife of William D. Upjohn, Jr.

Born on April 2nd 1935 in Brooklyn New York, May was the oldest of eight brothers and sisters. She spent her early years in Maryland, her teenage years in the northeast corner of Connecticut, put herself through Uconn and graduated with honors with a bachelor’s degree in English Lit. She taught school for a time in the Catholic School System and then worked in Pratt & Whitney's R&D group. May worked as a secretary with the Harry Danos Association, Architect for Hartford Civic Center, now the Excel Center and for construction of various public and private buildings. She also worked with the Aetna Insurance Co. as an English consultant for agents at large. Later May, along with A. Kelly and Betty Kaminski, was instrumental in the successful passage of the referendum for construction of the new Cromwell High School and alterations to other Cromwell schools. She was past president of Portland Garden Club where May updated the club by-laws. She became a Master Gardener and was known as an authority on plants and trees. May also worked as a successful Headhunter with the firm Status Employment, excelling at finding employees to fill various job openings. She was a secretary for a local doctor for her latest employment.

In addition to her husband, May leaves her sons Ian and Dan Hair, step-sons & a step-daughter, Bill, Tom & Rich Upjohn & Ann Reimels and surviving siblings and grandchildren.

Funeral services will be held on Friday, April 5, 2019 at 11:00 am at the Mulryan Funeral Home, 725 Hebron Ave., Glastonbury. Burial will be in the Swedish Cemetery, Portland. Family and friends may call Friday morning from 10:00 am to 11:00 am at the funeral home.

Share Your Memory of
May
Upload Your Memory View All Memories
Be the first to upload a memory!