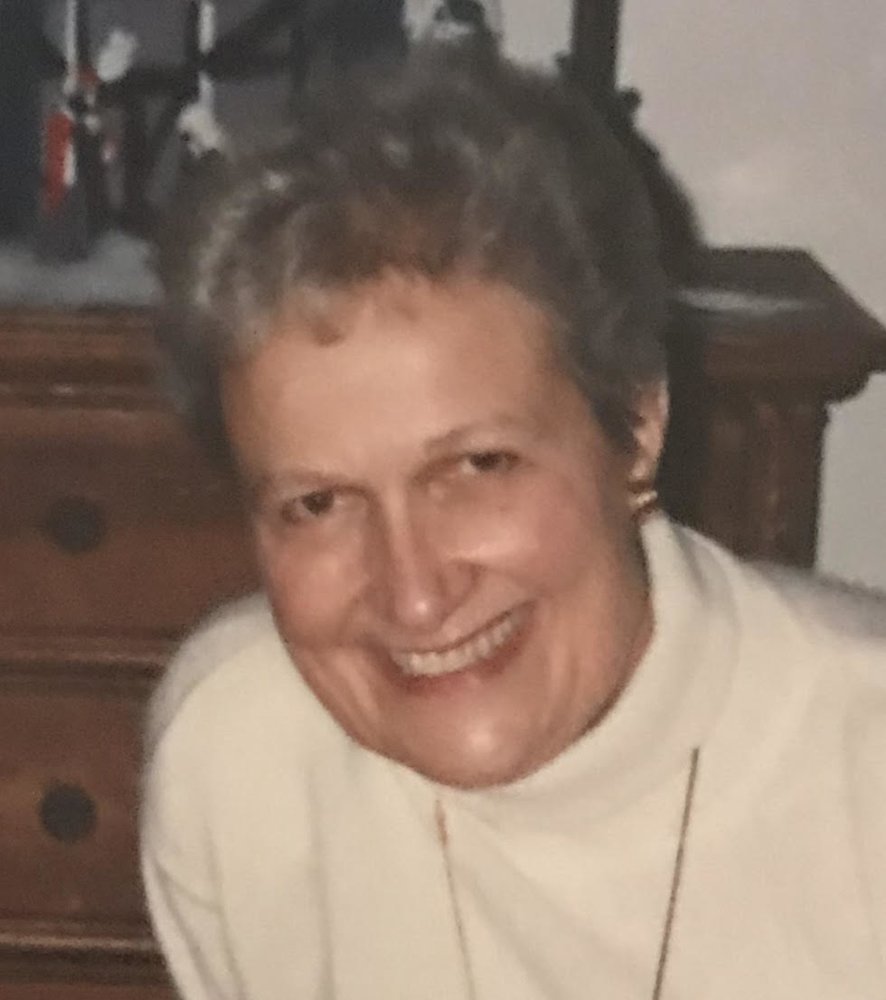 Mary Ellen (Welburn) Collins, from Riverpoint in East Hartford and more recently The Hearth in Glastonbury, passed away peacefully on Mother’s Day May 12, 2019.

Mary Ellen was born in Akron, Ohio of the late Edwin H. Welburn and Leona Tomes Welburn.  Moving to Connecticut as a child, she attended West Hartford schools, graduating from Hall High School, Class of ’45.  She received degrees from Centenary Junior College and Rhode Island School of Design.  She worked for several years in the Advertising department of Aetna Life Insurance Company, where she met and married Attorney Thomas W. Collins.  They enjoyed 65 wonderful years together.  They lived for 40 years in Wethersfield before moving to East Hartford.

Mary Ellen leaves two children and their spouses, of whom she was very proud:  Linda Collins Burpee and her husband, David Burpee of Somers, New York, and Paul Collins and his wife, Michelle Collins of Glastonbury.  She leaves six adored grandchildren, Christopher and his wife, Lacy, of Skokie, IL, Sarah of New York NY, Kendra with the Peace Corps in the Republic of Georgia, Scott and his wife, Mariel, of Boston, MA, Eliza of Glastonbury, CT, and Abby of New York, NY, and her great grandchildren Avery and Asher.  Mary Ellen enjoyed her role of housewife, mother and grandmother, but she also loved her church, the Wethersfield United Methodist Church, and over the years held many offices and played an active part in the life of the church.  She was a member of Chapter U, PEO of Glastonbury, and formerly a member of Chapter D in West Hartford.  She also had an active membership at various times in the PTAS of Wethersfield schools, in her CJC Alumnae Club, an investment club, the Village Garden Club and The Wethersfield Art League.  She loved gardening, traveling, sketching, knitting and crafts of many kinds.

A memorial service will be held at Wethersfield United Methodist Church at a later date.  There are no calling hours, and burial will be private.

In lieu of flowers, contributions may be made to the Memorial Fund of the Wethersfield United Methodist Church, 150 Prospect Street, Wethersfield, CT 06109.

Share Your Memory of
Mary Ellen
Upload Your Memory View All Memories
Be the first to upload a memory!