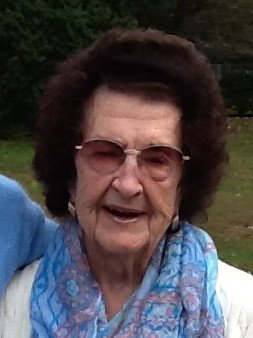 Elsie E. (Hazeldine) Casale, 94, of Glastonbury, passed away unexpectedly at Middlesex Hospital on Friday, May 24, 2019. She was the widow of Eugene L. Casale, and the sister of three brothers, previously deceased, Ronald, Charles, and Roy Hazeldine.

Born in Essex, England, Elsie was the daughter of the late Leonard and Ethel (Smith) Hazeldine. She spent her younger years in England and immigrated to the U.S. in 1945 residing in East Hartford. Later, Elsie moved to Glastonbury, where she has resided since 1964. She opened Aircraft Hardware and Supply in East Hartford in 1948 with her husband and continued to run the business until her retirement in 2002.

Elsie loved spending the summer days in her cottage in Westbrook and frequently traveled back to England to see her brothers. One of her great passions was art and she frequently practiced needle point, crochet, and painting. She enjoyed tea and sweets and spending time with her grandchildren who affectionately called her “Nana.”

Family and Friends may call on Thursday May 30th from 5:00 pm to 7:00 pm at the Mulryan Funeral Home, 725 Hebron Ave., Glastonbury. Funeral services and burial will be at the convenience of the family.

Share Your Memory of
Elsie
Upload Your Memory View All Memories
Be the first to upload a memory!