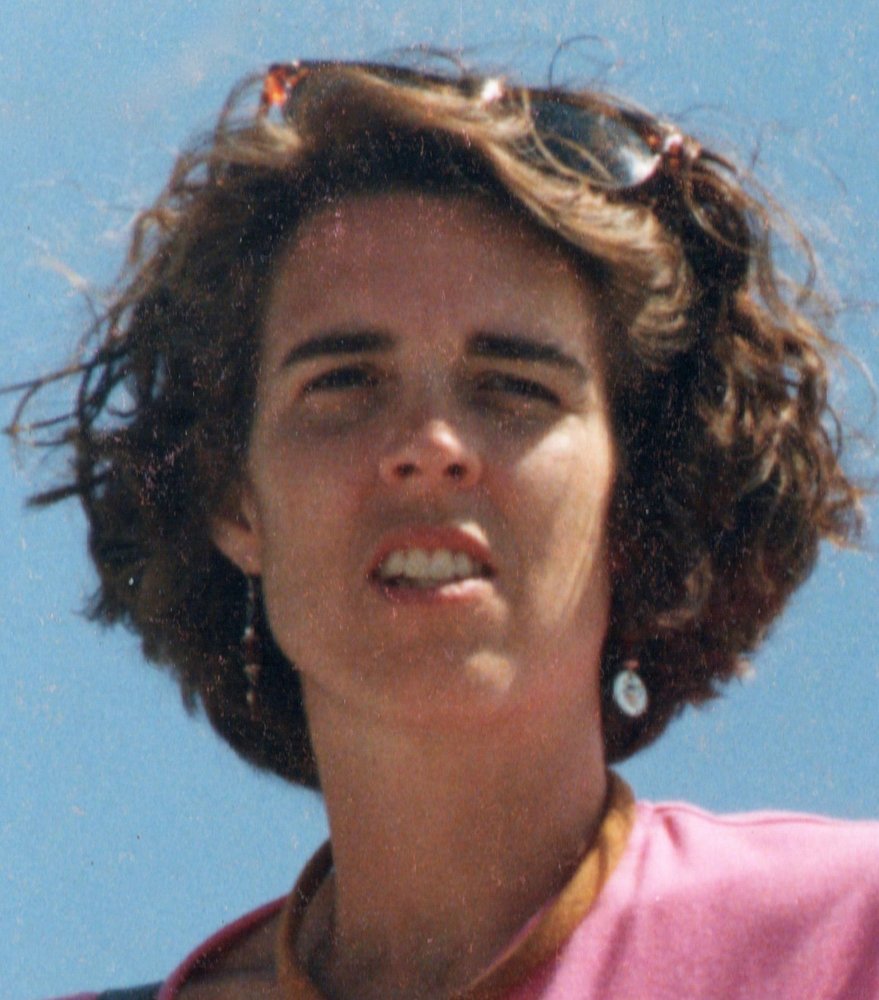 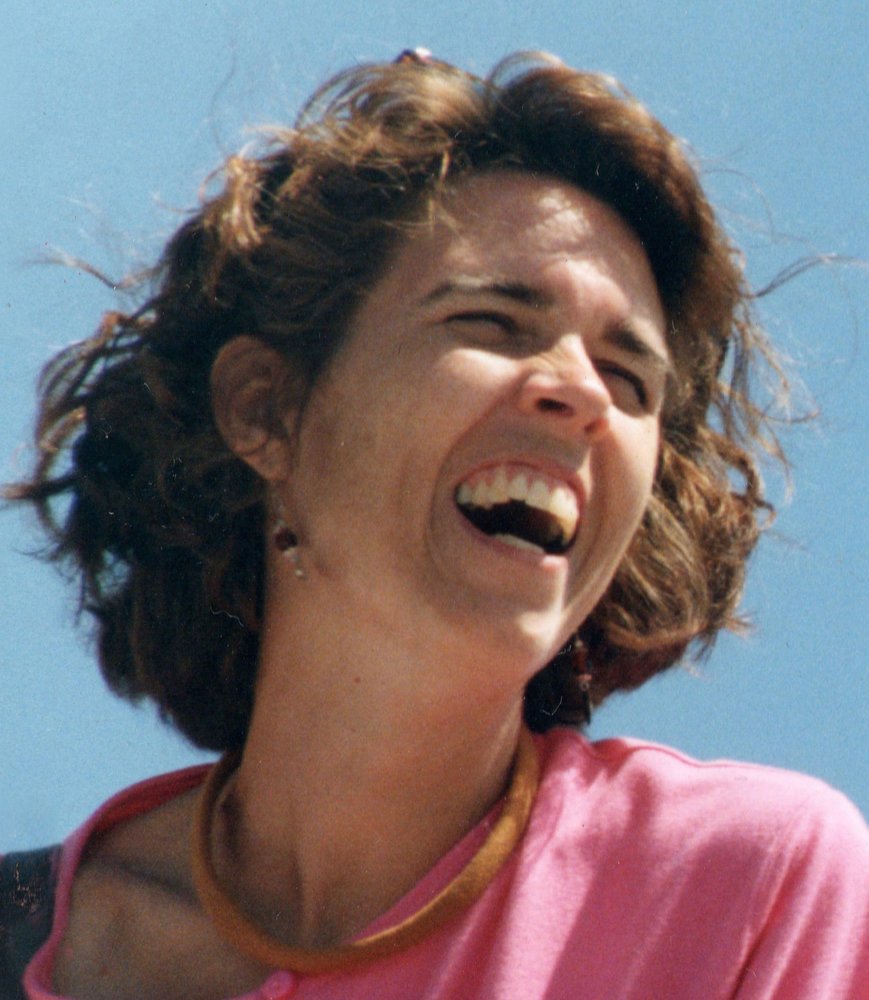 Dr. Elizabeth Heyward Webb, a family doctor, artist, wife, and mother of three children, died June 25th in Hartford, Connecticut. Her friends and family describe her as an amazing, kind, and inspiring woman, who, in the face of serious health problems during most of her adult life, continued to work, travel, make art, sing, and enjoy life with her family. Liz grew up in the Chestnut Hill section of Philadelphia, the oldest of five children. Her mother, Grace Sheffey Webb, the daughter of a missionary in the Belgium Congo, was the founder of the Grace Webb School in West Hartford. Liz’s father, Dr. William Logan Webb Jr., was a psychiatrist and medical director of the Institute of Living in Hartford. Liz graduated from Springside School, Philadelphia in 1972. As a freshman at the University of Pennsylvania she met the man she would eventually marry, Chris George.  “I heard her singing in a dormitory stairwell even before I met her,” said Chris. “She had a beautiful voice.”  Liz graduated with a Bachelor of Fine Arts 1976 and in the summer of 1978 they were married in Cyprus. At the time, Chris was a Peace Corps volunteer in the Sultanate of Oman. Following their marriage, Liz and Chris lived in Oman together. “Living without electricity or running water in 100 degree heat,” Chris remembers. “That was our honeymoon.” In 1980 they returned to Philadelphia where their first child, Susannah, was born in 1985. The following year, Liz and Chris moved with Susannah to the Gaza Strip and for the next four years they lived in the West Bank and Gaza while Chris worked with Save the Children. Their second child, Rosalind, was born in Jerusalem in 1987. In 1990, the family returned to the United States where their third child, Logan, was born in New Haven, CT. In New Haven, Liz coordinated research on alcohol addiction at the Veterans Administration and continued to paint, draw, and sing in her free time. In 1996, the family moved back to the Middle East where Liz began medical school in Israel, at the age of 45. She received her Doctor of Medicine from The Ben Gurion University of the Negev in 2003 and returned to the United States to complete her residency at Middlesex Hospital in Middletown, CT. Liz moved to Glastonbury in 2005 and worked at several family practices in Connecticut, before retiring in 2017. Throughout her life Liz loved music and singing. She sang in a folk group in high school, wrote songs and played the guitar during college, sang as she raised three children, and sang in every choir of every church she belonged to. Going to medical school late in life, working full time, and challenged by serious illnesses, Liz was an inspiring role model. Her family brought her great happiness and pride. Susannah Grace George is a journalist living in Washington, DC with her husband Ivor Prickett, Rosalind Vaughn George is a kindergarten teacher in Bahrain, and Logan Webb George is a filmmaker living in Brooklyn NY with his wife Celine Held. Liz is survived by her four siblings. Her sisters, Catherine Webb and Sarah Webb and her husband Fiore Screnci, live in CT. Her brother Charles Webb and his wife Mindy live in Delaware with their two children Jackson and Wesley. Her brother, William Webb and his wife Mai live in Maryland. Liz’s husband, Chris, is the director of IRIS – Integrated Refugee & Immigrant Services in New Haven, CT. A memorial service and celebration of Liz’s life will be held at 1:00 pm Sunday, July 7th, at the First Church of Christ Congregational (where Liz sang in the choir) 2183 Main Street, Glastonbury, CT 06033. A reception will follow. All are invited. In lieu of flowers, Liz’s family asks that donations be sent in Liz’s memory to the Grace Webb School, 200 Retreat Ave, Hartford, CT 06114. For on line condolences, please visit www.mulryanfh.com

Share Your Memory of
Elizabeth
Upload Your Memory View All Memories
Be the first to upload a memory!