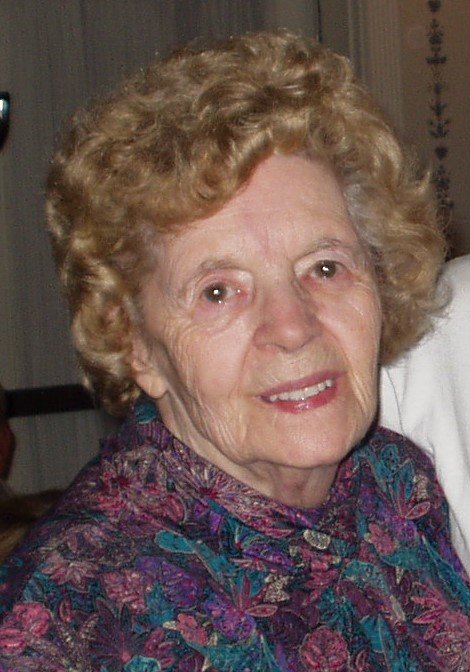 Margaret E. “Blondie” (Yoo) Draghi, 88, of South Glastonbury, CT, beloved wife of the late Edward Draghi passed away at home with her family at her side on June 27, 2019 after a two-year struggle with dementia. Blondie was born in Hartford, CT on September 29, 1930. She was raised by her mother and step-father Peg and John Richards in South Glastonbury where she lived nearly her entire life.

Blondie worked at various businesses in town, including Arbor Acres and Citizens Bank. She finished her career in banking, retiring from the mortgage department at State Street Bank.

She had many friends and was active throughout her life. She bowled, played bingo and set-back. She especially enjoyed going to the casino. She followed women’s basketball and attended many UConn, University of Hartford and Connecticut Sun games. She and Eddie took trips to Las Vegas and went on many cruises with friends, and traveled to Italy. Her little “Chiweenie” dog Josie was her constant companion and always at her side or in her lap until Josie passed away in September 2017.

She leaves her son, Edward Draghi, Jr, and his wife Sandra, son Vincent Draghi and daughter Jeannine Draghi and a grand-daughter Nicole Draghi (Clayton) and her great grandson Silas. She also leaves her sisters Angela Sandberg, Maria Favale and Rose Ricciardi and many nieces and nephews.

The family would like to thank her caregiver Krystyna for her compassionate care for the past year and half.

Funeral service will be Tuesday (July 2, 2019) at 11 am in the Congregational Church of South Glastonbury (corner of Main and High St) Burial will be at the convenience of the family. Family and friends may call at the Mulryan Funeral Home 725 Hebron Ave, Glastonbury on Monday (July 1, 2019 ) from 4-8 pm.

Share Your Memory of
Margaret
Upload Your Memory View All Memories
Be the first to upload a memory!