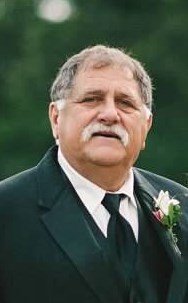 Peter Mazzadra, 72, of East Hartford, son of the late Anita (Damaschi) and Aldo Mazzadra, passed away peacefully Tuesday, August 13, 2019.  Peter was born in Hartford and moved to East Hartford where he lived and raised his family for 42 years.  After graduating from high school, Peter enlisted in the Army and was an active member of the North Western Veterans Club in New Britain.

Peter was an employee of the “phone company”.  During his tenure, he saw the transition from Bell System to SNET, ultimately retiring from AT&T, after 45 years of service.  Peter held several positons with the Union, Divisions Vice President on the Executive Board, Hartford Plant Local President and was most proud of representing his fellow telephone workers as the Union Steward and Chief Steward in Hartford.

Peter enjoyed watching sports. He was an avid fan of the Red Sox, the Patriots, and UCONN mens’ and womens’ basketball. Never one to miss a good meal, or the chance to talk about the next one, Peter always loved when the family gathered for a meal. He loved the ocean, boats, his workshop, his tractor, trailer, and Papa’s BIG RED TRUCK.

Peter’s memory will be cherished and kept alive by all who loved him.  Especially his beloved son Adam P. and daughter Sarah D. Mazzadra.   In addition, Peter is survived by the love of his life of forty-eight years, Sandra F. Mazzadra, his daughter-in-law Diane Mazzadra, two loving grandchildren Brendt and Aaden Mazzadra, whom he adored; they were his pride and joy, and Sarah’s partner, Michael Lane. Peter also leaves behind his loving siblings and their spouses.  David and Patti Mazzadra of Marietta, GA, Cynthia and Robert Rosa of East Hartford, Aldo and Joyce Mazzadra of Tolland, his many nieces, nephews, cousins, friends, co-workers, union brothers and Sandra’s parents Berj and Diana Tashjian, and her brother, Matthew Tashjian.

The family thanks all of Peters’ caregivers, especially his doctors, nurses and the staff of Hartford Hospital.

There was a special place in his heart, for everyone he knew.

A Mass of Christian Burial will be celebrated at 10am, Saturday, August 17, 2019 in St Junipero Serra Parish at St. Francis of Assisi Church, 673 Ellington Road South Windsor.  Everyone is asked to go directly to church. Burial with full military honors will follow at Silver Lane Cemetery, East Hartford.  Family and friends may call at the Mulryan Funeral Home, 725 Hebron Ave. Glastonbury on Friday August 16, from 3-5 pm.

Share Your Memory of
Peter
Upload Your Memory View All Memories
Be the first to upload a memory!