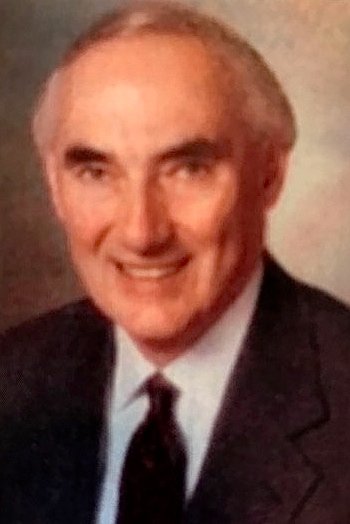 Obituary of Louis A. Preli, Jr.

Louis A. Preli, Jr., 88, of Glastonbury, beloved husband of  Irene (Cattaneo) Preli, died Saturday August 24, 2019 at Hartford Hospital. Born March 13, 1931 in Hartford, native of Glastonbury, son of the late Louis A., Sr. and Linda (Dondero) Preli. Lou was a graduate of Glastonbury High School, graduated with a BS from the University of CT, the ROTC program and served 2 years in the Army as a First Leiutenant. He then received a degree in Post Harvest Physiology from Cornell University. While residing in New Jersey he was employed by Union Carbide Corp. He then relocated to Barrington, RI and returned to Glastonbury in 1978. Lou was an avid fan of the NY Yankees, NY Giants and the UCONN basketball teams. Lou was a well known fast pitch softball pitcher in New Jersey. He was President of the Barrington, RI Little League and started the 8 year old instructional league in RI. He took pride with teaching baseball as manager and coach, his slogan was “all players will play”. Lou was a communicant of St. Augustine Church in South Glastonbury and a longtime member of the Matson Hill Community Club. Known as Poppy to his grandchildren he was the animal pancake designer and chef. Lou loved playing golf and shelling with his wife Irene on Grand Maria Island, FL and St. Augustine, FL. Lou was a Realtor with numerous firms since 1984. He was a family man. His children, grandchildren and his wife were the love of his life. Besides his wife Irene of 57 years Lou is survived by his 3 children, John and fiancée Christine Romanello , Katherine and husband David Cody , Kevin , 4 grandchildren; Michelle and John Preli, Kelly and David Cody, his brother Allan Preli and his wife Kathie , his nieces, Tracie  and husband Rory Derwin, Gina  and husband Matthew Grisham and grandnieces Abby and Zoe Grisham. He was predeceased by his brother Richard Preli. A Mass of Christian Burial will be celebrated on Thursday Aug. 29 at 11am in SS. Isidore and Maria Parish at St. Augustine Church, 55 Hopewell Rd., South Glastonbury. Burial with military honors will follow in St. Augustine Cemetery. Friends may call at the Mulryan Funeral Home, 725 Hebron Ave., Wednesday Aug. 28 from 5-7pm. In lieu of flowers memorial donations may be made to the Henry Low Heart Center Fund, Hartford Hospital, c/o Fund development Office, 80 Seymour St., P.O. Box 5037, Hartford, CT. 06102-5037. For online condolences please visit www.mulryanfh.com.

Share Your Memory of
Louis
Upload Your Memory View All Memories
Be the first to upload a memory!