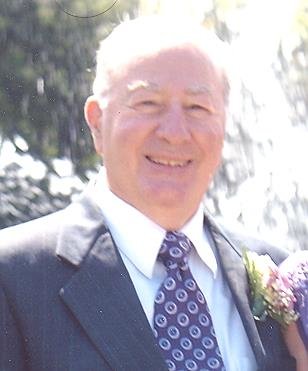 On Thursday, October 3, 2019, John J. Roncaioli, Jr. peacefully passed away at home, surrounded by his loved ones.  John was born May 20, 1926, served in the U.S. Army during World War II, and survived his wife Lorraine’s passing in 1995.  John remarried in 2009, and this September he and Phyllis Brown Roncaioli celebrated their 10th wedding anniversary.  John is survived by his three sons:  John Roncaioli, his wife, Kathleen, their daughter, Nicole and her husband, Justin Dutton; Robert Roncaioli, his wife Marie, and their two sons, Robert and Matt, and Matt’s fiancée Beth; Mark Roncaioli, his wife, Karen, their son Craig, his fiancée Michelle, their two daughters, Lindsey and Shana, and their two grandchildren, Kiersten and Chase; and three step children:  Cheryl Brown, her three children, Kimberly, Tiffany and Kenneth, and her three grandchildren, Corey, Sophia and Alexis; Bruce Brown, his son, Jesse; and, Richard Brown and his two daughters, Sydney and Bridget.

John’s life experiences included being a Eucharistic Minister in his church, attending Mass six days a week, a love of snowmobiling with his boys, a fondness for the ocean, the Galapagos Islands (where he was stationed during WWII), the Rat Pack, Big Band and Country Western music, and an enjoyment of Ireland (where he and Phyllis honeymooned), with a love of travel and people in general.  John enjoyed immensely the boating season every year on his 43ft Viking, the Lady L, in Groton at the Shennecossett Yacht Club.  John spent decades as Purchasing Agent for FullerBrush, St. Francis Hospital and Connecticut Mutual Life (now MassMutual).  He was President of Maintenance Enterprises, Inc. and was instrumental in the development and success of R&J Paving.  John enjoyed periodic, weekend religious retreats, Wednesday luncheons with his friends in the Retreads, dining in and out with family and friends, and spending his days and nights with his First Mate, Phyllis.

A Mass of Christian Burial will be celebrated on Tuesday Oct. 8 at 10am in SS. Isidore and Maria Parish at St. Paul Church, 2577 Main St., Glastonbury. Burial with military honors will follow in Green Cemetery, Glastonbury. Friends may call at the Mulryan Funeral Home, 725 Hebron Ave., Glastonbury on Monday Oct. 7 from 4-7pm. In lieu of flowers memorial donations may be made to SS. Isidore and Maria Parish. For online condolences please visit www.mulryanfh.com.