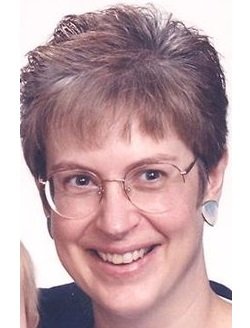 Kathleen Susan (Lowe) Robertson, age 61, of South Glastonbury, passed away on Wednesday,  November 6, 2019 after living with cancer for over 20 years.  Born in Scotch Plains, New Jersey on December 18, 1957 to H. Maureen Lowe and the late Brenton P. Lowe, she was raised in Clifton Park, New York and Basking Ridge, New Jersey before attending and graduating from Rensselaer Polytechnic Institute in Troy, New York with a BS degree in Engineering.  At RPI she met her future husband James E. Robertson.  They were married on September 12, 1981 in Basking Ridge and relocated to Connecticut where Kate was employed as an engineer for Pratt and Whitney in Rocky Hill and East Hartford before leaving work to devote her full efforts to raising their three children Kerry, Brenna and James S. Robertson, who were the greatest treasures of Kate’s life. In addition to her mother, husband and children, Kate leaves her sisters Meghan (Alex) Persichino, Maureen B. Lowe, Erin Lowe, Mary Shawn Lowe, and Aileen (Mark) Battaglini, and several nieces and cousins, all of whom will cherish her memory. As her children grew, Kate was an active volunteer at Hopewell School, with the Glastonbury Girl Scouts including two years as the town-wide cookie coordinator, and as a second grade religious education instructor for St. Augustine Church and with the Glastonbury High School crew team. She returned to work with the local school system, first as a part-time tutor for special needs children and later as a full-time math tutor and instructor at the Glastonbury-East Hartford K-5 Magnet School. After being in remission from metastatic breast cancer for almost 15 years, Kate was diagnosed with adenocarcinoma in late 2018. She pursued treatment valiantly, both locally at Hartford’s Gray Cancer Center and in a clinical trial at Massachusetts General Hospital in Boston, with much love and support from her family and many friends.  While the list is too long to include here, Kate’s family would like to express special thanks to Dr. Patricia DeFusco and to Denise Bedard who provided guidance and compassion for which we will be forever grateful.  A Mass of Christian Burial will be held on Monday, November 11 at 10 AM in SS. Maria and Isidore Parish at St. Augustine Church, 55 Hopewell Road, South Glastonbury.  Graveside services at St. Augustine Cemetery on Hopewell Road will follow.  Calling hours will be held at Mulryan Funeral Home, 725 Hebron Avenue, Glastonbury on Sunday, November 10 from 2 to 5 PM.  In lieu of flowers, the family suggests donations be made in Kate’s memory to the Welles-Turner Memorial Library, 2407 Main Street, Glastonbury CT 06033.

Share Your Memory of
Kathleen
Upload Your Memory View All Memories
Be the first to upload a memory!