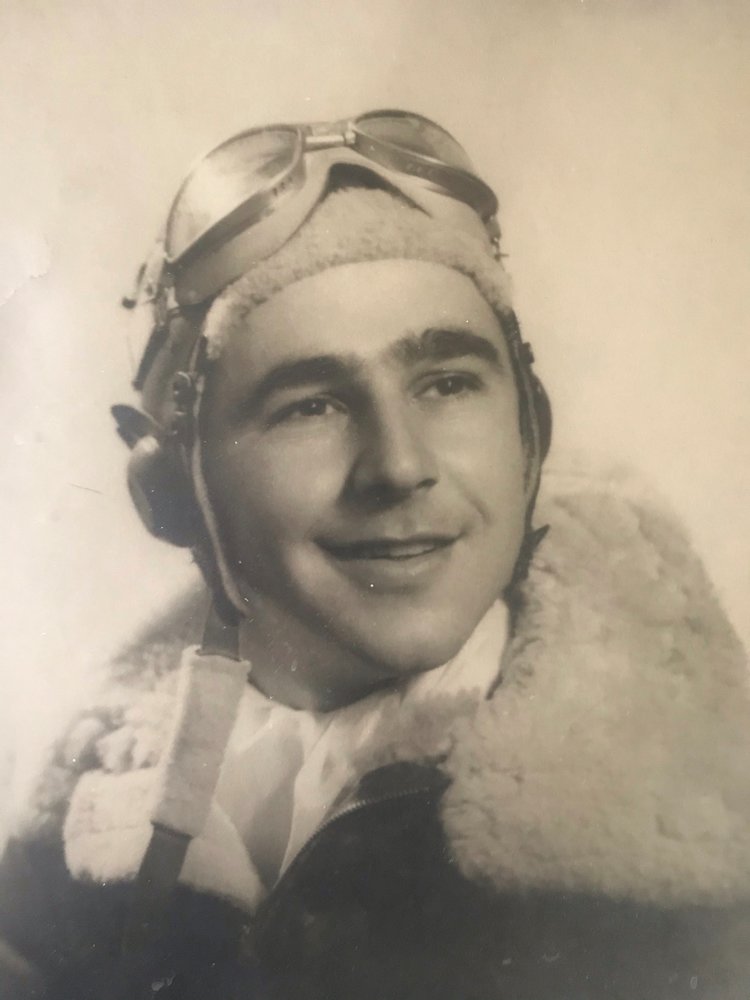 George led an eventful life - he was born in Glastonbury, Ct. on March 1,1923 into a large family.  He grew up in an Italian enclave in South Glastonbury around Smut Pond; he always spoke of that period in idyllic tones.  He loved being a young boy there.  He worked hard and long in his life.  He left school early to help support his family working in local shops and eventually at Pratt Whitney, the aircraft factory where he met his future wife.  They became sweethearts; then he went off to fight in World War II.

George voluntarily enlisted in the United States Army in December of 1942.  He trained and served in the Army Air Corps in Europe as a radio/gunner on B-17.  He was a combatant in a number of significant aerial raids including the bombing of the Polesti Oil fields in Romania, and the battle for Monte Cassino in Italy.  He was shot down over Yugoslavia and became a POW in Nazi Germany.  He was liberated by the British towards the end of the war after participating in a forced march described by the International Red Cross as a death march.  He returned to Connecticut and married in 1946 and began a family.  They made their home on the family fruit farm in South Glastonbury.  George went back to work at Pratt Whitney / Hamilton Standard when he came back from Europe but his vocational passion was really for the farm where he grew and brought to market blueberries and apples and pears.   With his wife, he made a home and provided for his grateful children.

George was also a great friend and animal lover.  He doted on his dogs and cats.   He was particularly committed to the Matson Hill Club, a social club for the community of Italian immigrants and their children that bought land, farmed and made South Glastonbury their home.  He loved that club, the camaraderie it provided, and knowing that every week he could spend time with friends eating great food and playing cards.  His children want to extend their appreciation to those members that helped George continue to participate in club activities.  It meant the world to him.

His final months were made comfortable by the extraordinary level of care and support he received at the Hebrew Home in West Hartford.  At the family's request, there will only be a private graveside service for the immediate family.  Please do not send flowers - instead the family requests that any memorial contributions be made to the Wounded Warrior Project, 4899 Belfort Rd., Suite 300, Jacksonville, FL  32256.