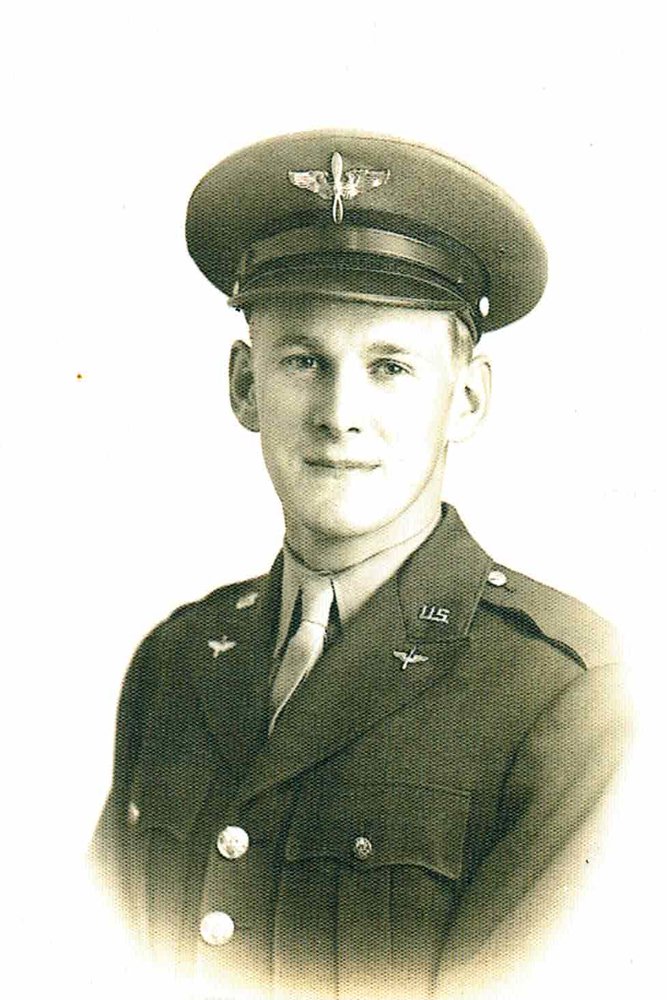 Harold W. Bailey, Sr. passed away January 6, 2021.  Born April 10, 1921 in Middletown, CT, to the late Clarence H. and Florence Richardson Bailey, he grew up in Portland, CT and was a graduate of Portland High School.  He was predeceased by his beloved wife, Betty M. Way Madden and his brothers Donald and Clarence Jr.  Harold was a member of America’s Greatest Generation, serving as a tail gunner on a B-17 during World War II.  On May 29, 1944 his plane was shot down by a group of Focke-Wulff 190 fighters.  He was captured and became a prisoner of war until he was liberated by British soldiers on May 15, 1945.  After the War, he married Betty from East Haddam and moved to Glastonbury where they raised their family.  Upon retiring from a career as a cabinet maker, he retired to Bashan Lake in East Haddam.  During his retirement he spent much of his time attending military reunions and marching in parades with the Antique Veterans as an honor guard.  Harold spent many hours researching his family genealogy the old-fashioned way:  visiting cemeteries and taking trips to town halls and libraries to research records.  Harold is survived by his children – Marion B. Giblin (William) of Sun City Center, FL, Harold W. Bailey, Jr. of Savona, NY, and Patricia B. Tyrol (Brian) of Glastonbury, and five grandchildren – Adam Marks, Elizabeth Marks, Karen Nelsen, Robert Tyrol, Richard Tyrol and five great grandchildren.  Burial with full military honors will be at the family’s convenience.  In honor of Harold’s service and lifelong military support, donations may be made to the Wounded Warrior Project.

Share Your Memory of
Harold
Upload Your Memory View All Memories
Be the first to upload a memory!