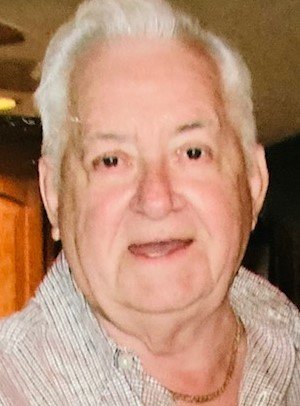 Andre E. Rivard, 86, of Glastonbury, Connecticut, passed away on January 20, 2021 in Hartford, Connecticut.

Andre was born in Bellingham, Massachusetts to the late Oscar and Cecile (Desmarais) Rivard on January 17, 1935.  He married Geraldine Pascucci on September 5, 1959 in West Hartford. He worked as a mail sorter for USPS for 30 years.  He served in the U.S. Army from January 1955 to December 1957 and shared many fond memories of his time stationed overseas.  He was an avid golfer, passionate hockey fan, and a loyal follower of the UConn women’s basketball team.  He was a devoted Husband, Father and Pepere who will be sorely missed, and fondly remembered.

Andre is preceded in death by his parents, a brother, and two sisters.

Share Your Memory of
Andre
Upload Your Memory View All Memories
Be the first to upload a memory!