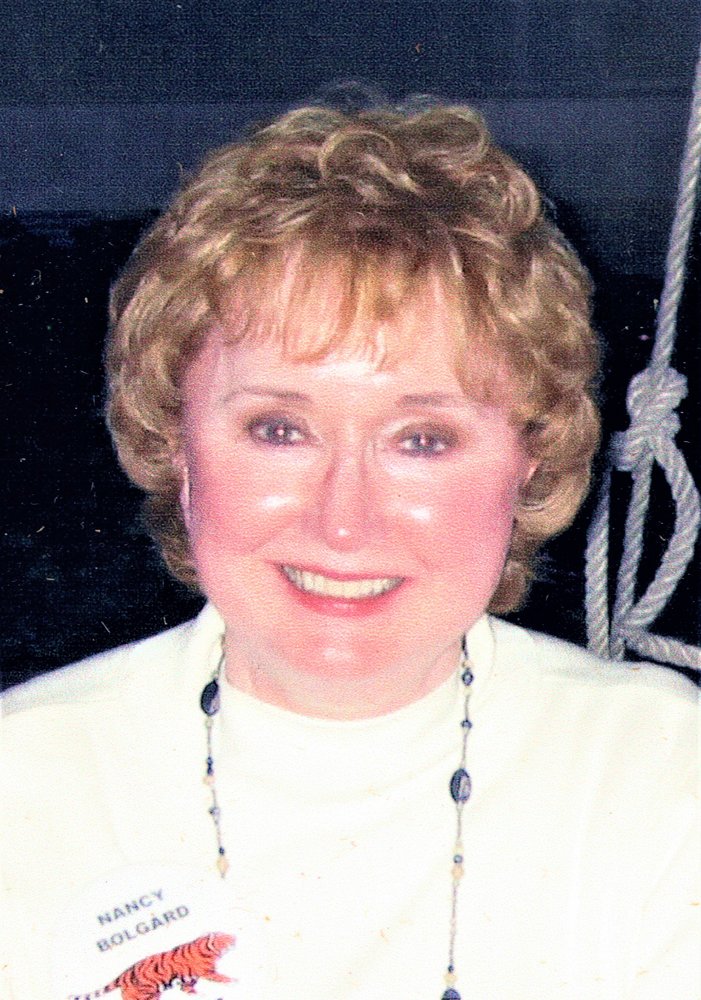 widow of the late Ronald Utman, died on July 2, 2021 at Garnet Orange Regional

Degree in Art Education there. In addition, she had studied at Yale University, Corcoran

Webb Junior High School in Wethersfield, CT, where she introduced hands-on art and

archaeology experiences into her classes to enhance students’ learning. During the

summer she attended classes at Yale, where the professors enjoyed her contributions to

years. After leaving her teaching career, she became a teacher performance assessor for

the Connecticut State Board of Education with the B.E.S.T. Program. She was a member

of the National and New England Councils for Social Studies.

Nancy was a descendant of Samuel de Champlain, and also the illustrious Carr and

Gardiner families of Rhode Island and Eastern Connecticut, including a naval officer in

the Revolutionary War. She was the granddaughter of an early 20th Century female

France in World War I. She was thus by birthright a member of some of America’s

leading families. Nevertheless, her only ways of recognizing this status were membership

Daughters of the American Revolution.

An accomplished artist, Nancy also pursued a career as an artist and art conservationist.

She was president of Classic Conservation Studio. She was a member of the

America, and the Hartford Archaeological Society. She was particularly known for her

restorations of historical paintings for the Town of Wethersfield, Cheshire Academy, and

numerous private collectors. As a solo exhibitor at various venues in the area, she often

sold more paintings and drawings than other artists who had preceded her. She was also

friends, and even to acquaintances, who admired her work.

Nancy was beautiful of face and figure. As a teenager she was voted a sweetheart (the

“Moonlight Girl”) of a college fraternity. Early in her career she had modeled for Video

Associates in New York City and for department stores in Washington, D.C. and

Connecticut, and even into her later life she was an impressive beauty. Health care

professionals were amazed at her good looks as a nonagenarian, and they always asked

for her beauty secrets. She replied that she had good genes from a beautiful mother and

from her grandmothers, but that she also eschewed smoking and alcohol, ate a lot of

ketchup, and she tried to stay out of the sun until after 4:00 p.m.

As a member of First Church of Christ Congregational in Glastonbury, CT,

Nancy had been a member of the Christian Service Committee, the Usher’s Committee,

the Caring Ministries to ill and shut-in church members, and she had sung in the Chancel

Choir. She served as a delegate to the Hartford East Association and the Connecticut

Conference of the United Church of Christ. She also participated in a neighborhood Bible

and religious book study group, which had dynamic discussions among its Catholic and

Protestant members. Previously she had sung at Washington National (Episcopal)

Cathedral and in the church choir of First Church of Christ Congregational of Newington.

Also while residing in Newington, Nancy had been president of the Child Study

Association and a founder and president of the Newington Cooperative Nursery School.

Nancy also was a member of the First Church of Monticello (N.Y.) Presbyterian, and a

Board of Directors of the Civitan Club of Hartford, Inc. She served as a delegate to the

New England District and International Civitan Conventions on many occasions. Besides

being in the D.A.R., she was a member of the Wethersfield Historical Society and docent

at the Welles-Shipman-Ward House in Glastonbury, served as secretary and a member of

the Board of Directors of the Welsh Society of Western New England, a member of the

Board of Directors of the Sarah Whitman Hooker House Foundation of West Hartford,

and she was a member of many other Hartford area organizations.

Always demonstrating compassion, Nancy was an active member of the Princeton

Class of 1957 Caring Committee, in which role she comforted her husband’s classmates

who became ill, or their grieving widows, by personal visits, cards and letters. She also

acted as a listener and comforter, not only to her family members and friends, but to total

strangers who engaged her in conversation on the street, in supermarkets, and in shopping

malls. Wherever she went she spread good cheer by offering praise to retail clerks, drugstore

cashiers, waitresses and waiters, firemen, policemen, military personnel, and others.

This superlative woman will be greatly missed by all who knew her, but especially by

her husband and by her surviving children, Laurie U. Baroni and husband, George; Bryan

Danielle; as well as two stepchildren, Spencer D. Bolgard and wife, Nancy; and

Crowley, Jessica U. Narkawicz, Audra B. Gollenberg, David Baroni, and Frederick and

Connor and Jackson Bolgard, and Abagail, Matthew and Christopher Blow; and one

great-great grandchild, Besides her first husband, she was predeceased by her halfbrother,

A graveside burial service will be held in July for the immediate family, and a

the First Presbyterian Church of Monticello, NY will be held on Saturday, September 25

at 11:00 a.m. Burial will be in Cedar Hill Cemetery, Hartford. In lieu of flowers,

contributions may be made to the New Britain Museum of American Art, 56 Lexington

Street, New Britain, CT 06052, or to a charity of your choice. For on-line condolences

Share Your Memory of
Nancy
Upload Your Memory View All Memories
Be the first to upload a memory!
Share A Memory