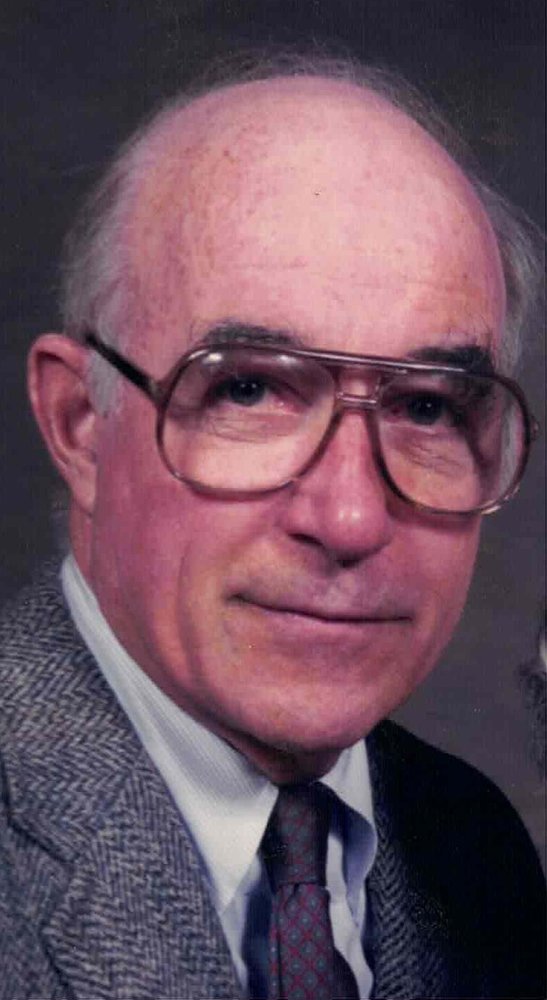 James W. Babcock, 94, of Glastonbury, beloved husband of Frances (Ridge) Babcock (“Billie”) for 72 years, died Sunday August 1, 2021 at Hartford Hospital. Born October 4, 1926 in New York, New York, son of the late Louis and Katharine (Price) Babcock, he had lived in Glastonbury since 1964. Prior to retirement, he was an engineer at Pratt & Whitney Aircraft.  Jim graduated from Mount Hermon School in Massachusetts, was honorably discharged from the Navy in 1947 and received his BS in engineering from Brown University. After retirement, he entered his next career as a travel agent with Holidays Unlimited in South Glastonbury.  Besides his wife he is survived by two sons and their wives, Reginald and Lynda Babcock of Glastonbury, James R. and Virginia Babcock of South Glastonbury, five grandchildren, Katharine Babcock, James A. Babcock, Nathaniel Babcock, Christine Babcock, Charles Babcock and four great grandchildren he adored, Caroline, Edward, Samuel and Hannah. He was predeceased by his brother, Courtland T. Babcock.

His widespread interests and pursuits belied an appreciation for all the experiences life afforded him.  He was a lifelong parishioner and vestry member of St. James Church.  He also was an avid supporter of Mount Hermon School (Northfield Mount Hermon School).  Jim kept a wide circle of friends, played golf and bridge, skied, traveled extensively with Billie, read broadly and learned to cook.  Of all his interests, the sea surely was first among them. Many of his forbears made their livings from the sea and passed that passion on to him and he to his sons, and he was happiest while sailing, cruising or just swimming off the beach.

A memorial service will be held at 11:00 am on August 10, 2021 at St. James Episcopal Church, 2585 Main St., Glastonbury.  Please wear a mask.  In lieu of flowers memorial donations may be made to either St. James or Northfield Mount Hermon School, Class of 1944 Fund. For online condolences please visit www.mulryanfh.com.