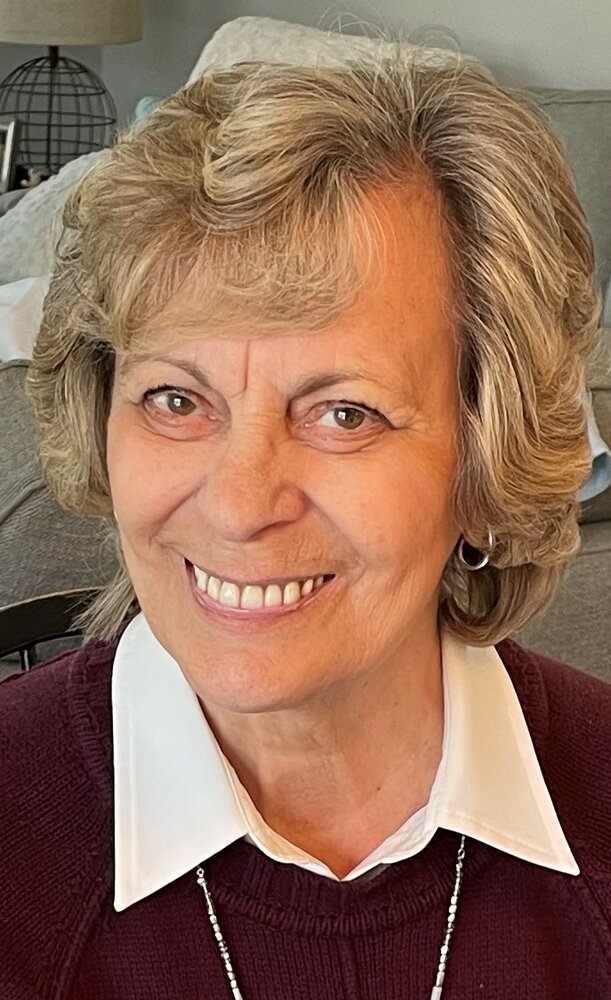 Geraldine “Geri” (Naudzius) Ruggiero, 77, of South Glastonbury passed away peacefully surrounded by family on Wednesday, September 22, 2021 at Hartford Hospital. She was the daughter of the late Robert and Anna (Bidwell) Naudzius. Geri is survived by her loving husband, Arthur, and three children Toni Abrahamson and her husband Craig of Vernon, Tracy Sodergren and her husband Eric of Glastonbury, and Marc Ruggiero and his wife Heidi of Montana.  She is also survived by her seven grandchildren who lit up her world, Leah and Jason Abrahamson, Shannon, Brendan and Caitlyn Sodergren, and Brenna and Logan Ruggiero, her two sisters Joan Cannon of Hampton, Patricia Beeman and her husband Steve of Manchester, and several nieces and nephews. Geri was predeceased by her two brothers George and Robert Naudzius.

Geri was born in Westfield, MA, on September 13, 1944 and grew up in Athol, MA. Geri was a resident of Glastonbury for over fifty-five years. She worked in various administrative roles at Aetna Insurance Company for many years.

Geri was an active tennis player, and enjoyed meeting her friends for lunch.  She loved to travel and was always looking forward to her next vacation.  Her most important and cherished titles were that of wife, mother and grandmother. Some of her favorite memories include time spent spoiling her grandchildren, day trips to the beach, Block Island, Newport, NYC and many other places. She particularly loved the holidays where she upheld traditions that her family will forever cherish. Geri was a devoted Catholic and a member of Ss. Isidore and Maria Parish at St. Paul Church.

Geri had the ability to make everyone around her feel comfortable and cared for, and she loved ‘adventures’ with her kids and grandchildren no matter how short the notice. She had a way of making her children and grandchildren feel like the most special people in the world, always ready with a thoughtful gift, making cakes to celebrate various accomplishments, and popping popcorn to prepare for a night watching favorite TV shows.  Her many close friends always knew they could count on her if they needed anything. She will be greatly missed by her family who always looked forward to time spent with her.

The family would like to thank the staff at Hartford Hospital Conklin Building 2 for all of their care and support given to Geri during her final days as well as Dr. Todd Alekshun for not giving up hope and supporting her family throughout her illness.

In lieu of flowers please consider making a donation to The American Cancer Society or a charity of your choice.

Share Your Memory of
Geraldine
Upload Your Memory View All Memories
Be the first to upload a memory!
Share A Memory