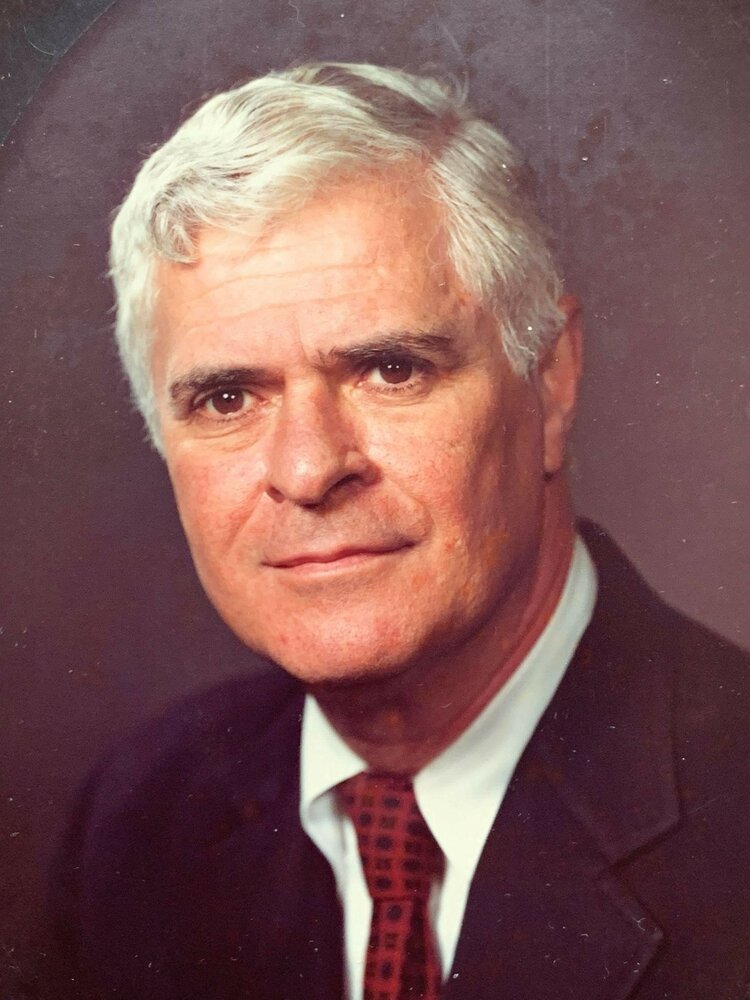 Richard E. Palatine, beloved husband of Joan (Potter), passed away peacefully on Sunday September 26, 2021 at the Portland Care and Rehab.   He was born in Waterbury, CT and graduated from Crosby High School where he was the class musician.  He joined the United States Navy on June 23, 1946.  He graduated from Virginia Tech in 1952 and pursued a very rewarding career at Pratt & Whitney.  He met Joan there and they were married on June 23rd 1956.

Richard fulfilled his 8th grade ambition to be an aeronautical engineer at Pratt & Whitney and became one of the pioneers of modern jet engine technology.  His contributions live on in today’s modern engines.  He retired on June 23, 1987 after 35 years of work that he truly loved.

His joys were his family, his friends, Pratt & Whitney, woodworking, gardening, cooking, cycling, skiing, golfing, playing the piano, raising golden retrievers and travel with Joan on many bicycle tours throughout Europe.

Richard loved Glastonbury and was a founding member of the Woodledge Pool Club and a charter member of Glastonbury Hills Country Club.  He loved designing and building his homes in Glastonbury, Killington and Nantucket with a keen interest in fine finishing details.

Richard passed on his skills as an avid woodworker and cabinetmaker to his son Jim who has become an accomplished fine furniture maker - a true gift of a lifetime.  His passion for gardening and manicured home landscaping inspired his son John to work in agriculture.

He shared his love of dogs with his wife Joan and raised golden retrievers, traveled with his dogs for pet therapy at nursing homes, volunteered at the Historical Society of Glastonbury with his engineer friends on the barn committee and as a docent for school children at the Welles Shipman House.  He loved telling stories about obscure details of life long ago.  He was a driver for FISH for many years.

In his retirement he became an accomplished gardener and chef with old-fashioned daily trips to the gourmet food stores in preparation of delectable meals.

Richard was the best company too.  His sense of humor was dry, witty, creative and obscure delighting whatever audience he had.

His family wants to thank all the staff at Portland Care and Rehabilitation, in particular Bridgida, Chris, Jen, Nezaha and Rachel for their loving and professional care in his final years.

Funeral services at Ss. Isidore and Maria Parish at St. Augustine Church, South Glastonbury and burial at the Old Church Cemetery will be at the convenience of the family.

In lieu of flowers, memorial contributions may be made to the Historical Society of Glastonbury, PO Box 46, Glastonbury, CT 06033, or Sunshine Golden Retriever Rescue, PO Box 247, Port Washington, NY 11050 or online at sunshinegoldenrescue.com. For online condolences, please visit www.mulryanfh.com