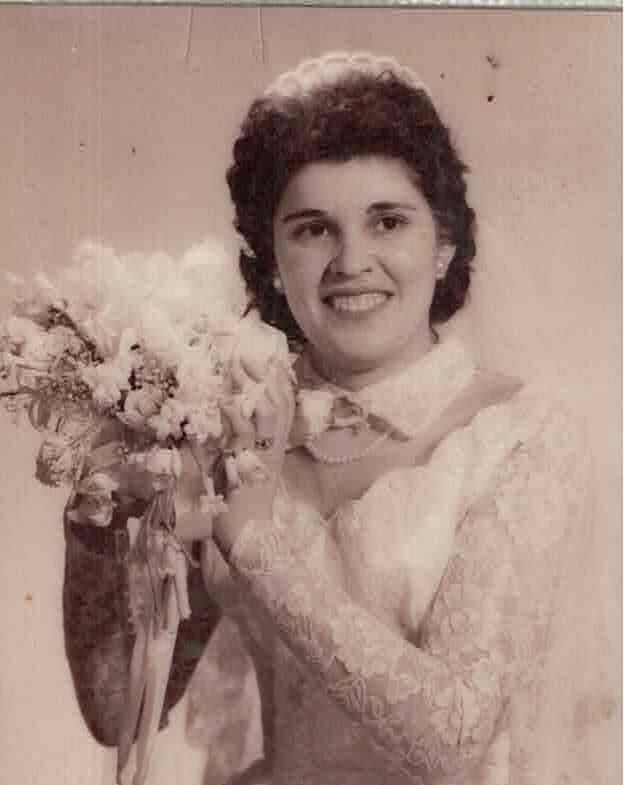 Hilda (Querido) Esteves, 86, of Glastonbury, beloved wife of Joaquim Esteves, departed this life as she lived it with strength and dignity on Monday October 4, 2021. Born in Glastonbury, Connecticut on August 25, 1935, she was the daughter of the late John and Isabel (Tavares) Querido. She started her professional life as a research librarian at Pratt and Whitney and later left work to raise her two sons and manage the financial and business affairs of her father’s farm in Glastonbury. Her passions included cooking, gardening, and long summers on her boat Isabella named after her mother who she so adored. Besides her husband she is survived by her son Michael Esteves and his wife Kathleen of Avon, her daughter-in-law Debra Esteves of South Carolina, her brother John Querido, Jr., her two beautiful grandchildren Lisa Esteves and Kristin Glatte, and great granddaughter Rosalie Maheu. She was predeceased by her loving and oldest son Raymond J. Esteves, her sister Evelyn Daigle, and her brother Edward Querido. The family would like to express their deepest gratitude to Agnes St. Mary of Hartford who so compassionately cared for her over these past six years during her long and difficult struggle with Alzheimer’s. She brightened her days and made her smile with her cheerful entrances and spirited and upbeat attitude. A Mass of Christian Burial will be celebrated on Friday Oct. 8, at 11am in Ss. Isidore and Maria Parish at St. Paul Church, 2577 Main St., Glastonbury. Burial will follow in Holy Cross Cemetery, Glastonbury. Friends may call at the Mulryan Funeral Home, 725 Hebron Ave., Glastonbury Friday morning from 9:30 to 10:30am. In lieu of flowers memorial donations may be made to the Alzheimer’s Association, 200 Executive Blvd., Southington, CT. 06489. For online condolences please visit www.mulryanfh.com.

Share Your Memory of
Hilda
Upload Your Memory View All Memories
Be the first to upload a memory!
Share A Memory