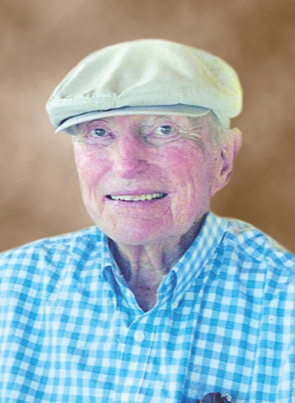 Edward R. Dellert, 95, of Glastonbury passed away peacefully at home on Wednesday, October 27, 2021. Born in Manchester, CT, son of the late Edward F. and Evelyn (McCaughey) Dellert and raised in West Hartford, Edward found his love of music as a pianist/organist and member of his church choir.  Edward went on to attend Ithaca College where he majored in music and met his future wife of 72 years, Lee.  World War II interrupted Edward’s college career when, at age 18, he signed up to serve his country as a quartermaster in the United States Navy.  Edward steered “The Monitor” through the waters off of Guam, Manilla and Hawaii and finally on September 2, 1945 he was in the Sea of Japan at the signing of the peace treaty.  After returning to college and receiving his B.A. degree, Edward married and settled in Glastonbury where he and Lee raised their family and began their teaching careers in the Glastonbury Public Schools.

Edward landed a band director position at Glastonbury High School where he successfully started the first Glastonbury High School band.  With just eight initial members he encouraged students to join, while providing them with lessons and instruments.  Through Edward’s guidance and direction the concert and marching bands grew substantially.  The students’ first performance in the Memorial Day Parade was testimony to Edward’s hard work and determination to create a band program in Glastonbury.

Later Edward received his sixth year at the University of Connecticut, becoming Assistant Principal at the Academy School. Edward also worked in the corporate world as a recruiter in personnel at Pratt & Whitney Aircraft followed by many years as a band director at the Horace Porter School in Columbia before entering into retirement.

Edward most enjoyed his summers at his Niantic beach house shared with his brothers and their families and tending his expansive garden at his home in Glastonbury.  He also enjoyed his winters in Venice, Florida where he attended concerts, theater, golf and traveled extensively with his wife.

At Edward’s request, burial will be private.  Donations in his memory may be made to Friends for Music, P.O. Box 961, Glastonbury, CT 06033.

Share Your Memory of
Edward
Upload Your Memory View All Memories
Be the first to upload a memory!
Share A Memory