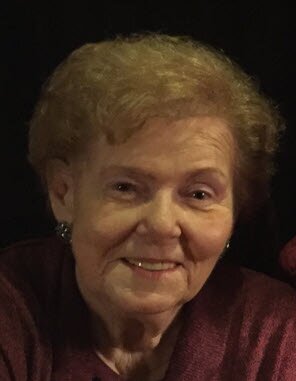 Maureen Schecher, 84, of Glastonbury passed away at home on December 15, 2021, after a two-year battle with COPD. She was born on October 20, 1937 and was the daughter of the late Nora and Gerard Sullivan of Woodhaven NY. She is survived by her sons, Michael and Robert, her daughter in-laws Liz and Carrie, her brother Jerry, her grandchildren Rahessa, Kevin, Michael, Ricky, & Sean, her great grand-daughter Maggie, her grand-dog Hershey, and many beloved nieces, nephews, and dear friends. She is predeceased by her beloved husband of 65 years, Henry (Hank) Schecher.

Maureen was the oldest of six children and at age 5 a moment of silence was held on her behalf at the famed Notre Dame football stadium by her uncle who was a coach on the team because she had a severe case of spinal meningitis. At age 13 her father, who was a policeman with the NYPD, died suddenly of stomach cancer.  After the death of her father, she transferred from Catholic school to a public school where she began a 70-year friendship with Mary Ann Nicholson. Maureen then quit high school to help support the family and worked in Manhattan as a telephone operator followed by several other companies.

Through her forever friend Mary Ann, she met her husband, Hank, and they married on November 24, 1956. For the first 8 years of their marriage, they lived in an apartment in Cypress Hills, Brooklyn, until they adopted their first son Michael in 1964. They bought their first home in Rosedale NY where they lived for 7 years and then adopted their second son, Robert, in 1971.  Following that, they moved to East Meadow on Long Island where they spent the next 38 years raising their boys until they decided to retire in 2011 and relocate to Glastonbury, CT.

Maureen was an extremely kind, generous, and loving person who was beloved by everyone who met her. As her children grew older, she worked for 25 years as a legal assistant at Allied Account Services where she made many long-term friendships. In her spare time, she thoroughly enjoyed her favorite hobby of gardening. On her way home from work she loved to stop at the florist to see and purchase a wide variety of flowers to add to her beautiful gardens. She was extremely proud of her sons and loved them with all her heart. She attended St. Paul Roman Catholic Church in Glastonbury and was a dedicated believer in Jesus Christ. The family would like to extend sincere thanks to all those in the Fairfield Village community that loved and cared for her, particularly her dear neighbor, Rosemary.

Calling hours will be held at the Mulryan Funeral Home, 725 Hebron Avenue in Glastonbury on Monday, December 20th, from 4:00 – 6:00 pm followed by a time of remembrance to celebrate her life from 6:00 – 6:30 pm. A Mass of Christian burial will be celebrated on Tuesday, December 21st, at 11:00 a.m. at Ss. Isidore and Maria Parish at St. Paul Church, 2577 Main Street in Glastonbury followed by entombment in Holy Cross Cemetery, 1318 Hebron Avenue, Glastonbury. Memorial donations may be made to her favorite charity, St. Jude’s Children’s Hospital, at https://www.stjude.org/about-st-jude/faq/how-do-i-make-a-donation-in-honor-or-memory-of-someone.html

Share Your Memory of
Maureen
Upload Your Memory View All Memories
Be the first to upload a memory!