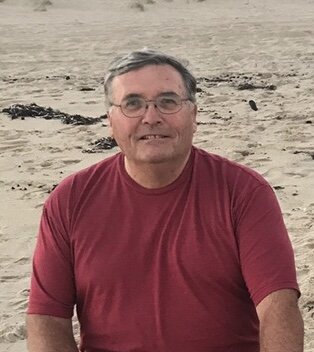 Paul H. Bowler, 68, of Glastonbury passed away unexpectedly on Monday, January 31, 2022 at Hartford Hospital after a brief hospitalization. He was the beloved husband of Debra (LaRocque) Bowler for 45 years.

Born in New Haven, Paul was the son of the late George Howard and Rosemary (O’Donnell) Bowler. He spent his younger years in New Haven, and resided in Glastonbury for over forty years. He attended Hopkins Day School in New Haven, graduating in 1971, followed by Assumption University in Worchester, MA where he met his wife and both graduated in 1975. Paul was president of his senior class at Assumption. He was on the hockey team and also played on the first lacrosse team at the University.

Paul was the owner of T-Shirts Etc. in Glastonbury for many years and loved the community around him and doing everything to help his employees and customers. He is a former member of the Glastonbury Volunteer Fire Department and the Glastonbury Rotary Club. He coached his boys in Glastonbury youth little league, football, basketball and lacrosse.

In addition to his wife, Paul is survived by his two sons and daughters-in-law, Ryan and Kelsey Bowler of East Hampton,  Ct., Kyle and MaryBeth Bowler of Berlin, Ct., his three grandchildren Olivia, Aiden and Gavin Bowler. Paul loved nothing more than spending an afternoon on the deck by the pool or on the boat with his family. He also leaves behind his brother and sister-in-law Greg and Judy LaRocque and nieces and nephews, Michelle and Jeffery LaRocque and Lindsey Randolph and cousin’s Suzanne McGee, nephew Corie McGee and David O’Connor and their family. Paul had many friends, those most cherished were Tom Peckingham, Bruce Motowidlak, Bob Fagan, Mike Mahoney and Chris Erali.

A Mass of Christian Burial will be celebrated on Monday, February 7, 2022 at 11:00 am at Ss. Isidore and Maria Parish at St. Paul Church, 2577 Main St., Glastonbury. Masks are required. Burial will be held at Green Cemetery on Hubbard St in Glastonbury immediately following the Mass.  Friends may call on Sunday, February 6, 2022 from 2:00 pm to 4:00 pm at Mulryan Funeral Home, 725 Hebron Ave., Glastonbury. In lieu of flowers, memorial donations may be made to an educational fund for Paul’s grandchildren c/o Liberty Bank 64 Oak Sreet Glastonbury, Ct 06033. Attn. Paul Bowler Grandchildren. For online condolences, please visit www.mulryanfh.com.