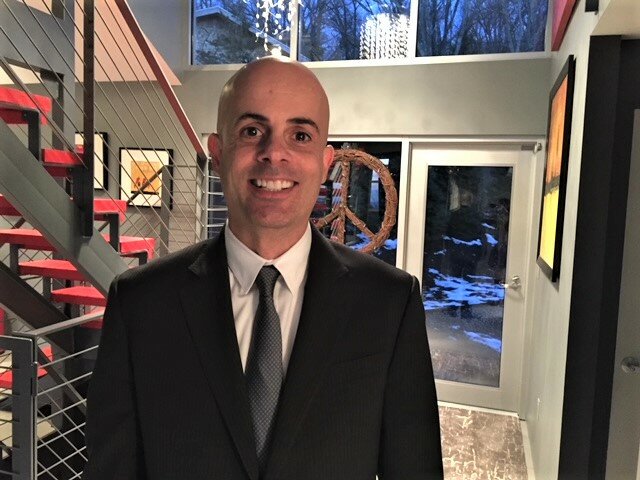 “THAT’S THE THING ABOUT LIFE; IT IS FRAGILE, PRECIOUS AND UNPREDICTABLE AND EACH DAY IS A GIFT...”

Frank was a gift to all who were fortunate enough to know and love him. At 8:05 p.m. on Tuesday, February 15, 2022, that gift was sadly taken away from us. Frank, who fought and won with grace, dignity and optimism his twenty-two month long battle with Non-Hodgkin’s lymphoma, succumbed to a non-related health complication.

Born on December 7, 1966 in Hartford Connecticut, Frank was predeceased by his loving parents Giovanna (Rovella) and John LaRosa. He is survived by the love of his life and devoted advocate, Gina (Perezella), brother Paul LaRosa, brother Sebastian LaRosa and his spouse Maria, mother-in-law Eleanor Perezella, late father-in-law Patsy Perezella, sister-in-law Donna Perezella and her spouse Mark Fishman, treasured niece and nephew Kayla and Jay LaRosa, special cousins Lidia, Bruno and Diamond Delmonaco, aunts, uncles, cousins and an abundance of friends whom he loved like family and his precious (and a little precocious), fur baby Indigo Bleu.

Frank earned his BA in Accounting from the University of Hartford. He was a CPA, CPMA who began his career with the State of Connecticut as Auditor of Public Accounts (APA) and, most recently, held the esteemed position as the Associate Vice President and Chief Audit Executive at University of Connecticut and UCONN Health.

Frank had so many interests in life. From a very early age, he was a passionate Juventus fan, loved the Raiders and loyally followed them, in good times and bad (unfortunately for the Raiders, mostly bad) from Oakland to Las Vegas. He loved to entertain in his home that he built with love and nothing made him happier than preparing his favorite dishes for all who were welcomed. He was a home improvement enthusiast always planning his next project both in and outside of the house. Frank was a genuinely humble and kind man at heart who appreciated nothing more than to open his home to share love, laughter and one of his home cooked meals which, as he always said, “was made with love - that’s why it always tastes so good.”

Services will be on Monday, February 21st at 10 a.m. at a funeral mass at St. Dunstan’s Roman Catholic Church (1345 Manchester Road, Glastonbury, CT. 06033) followed by a celebration of his life. We kindly ask that all mourners please wear a mask during the Mass only. In lieu of flowers, please honor Frank and the fight that he so valiantly fought with a donation to the Leukemia and Lymphoma Society (www.lls.org). For online condolences please visit www.mulryanfh.com.