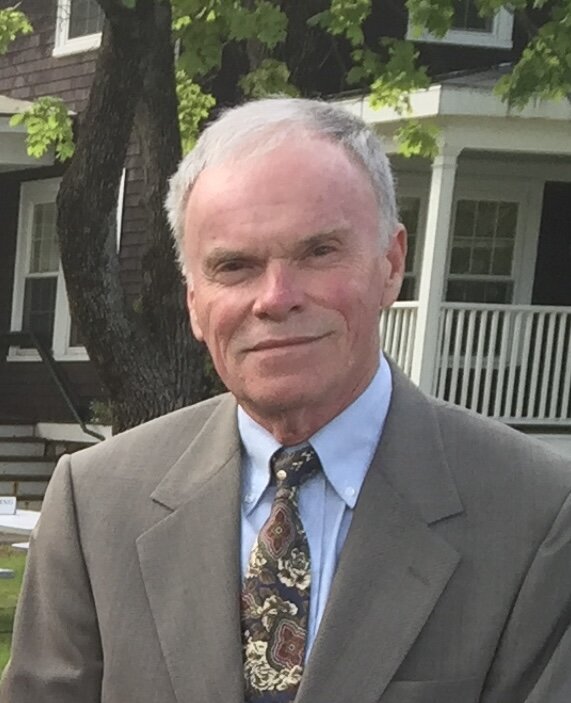 Raymond J. Noble, 75, of East Hartford died on February 26th after a courageous battle with lymphoma. The son of Raymond G. Noble Jr. and Mary (Donegan) Noble, Raymond was born on September 30, 1946 in Hartford, CT. Raymond grew up in East Hartford, CT and attended the University of New Haven, receiving a BA in Business Management in 1972. He went on to Western New England College, receiving his MBA in Finance in 1976 and working as a financial planner for Hublein, Inc. in Farmington for 16 years, followed by employment at Advo, Inc, in Windsor for the remainder of his career.

Ray’s fondest boyhood memories are of he and his father boating on Connecticut lakes and the Connecticut River.  When he was 14 years old his parents purchased an antique home on Cape Cod in Dennisport MA and thus began his lifetime passion of boating on Nantucket Sound.  Following his father’s death in 1970 Ray continued to keep up the summer home for his mother and would eventually bring his wife and daughter to summer on the Cape, along with many extended family members. There were happy occasions when all four generations of the family were gathered there together at the same time.  The Cape brought Ray and his family over six decades of summers filled with sand, sunshine, salt air, and boating.

Ray had a penchant for current events, the financial market, and wealth management, but he also loved working with his hands. He spent much of his time on car, boat, and engine maintenance, household repairs, and yardwork. When Ray’s daughter bought her first home, the pair spent many hours together on home improvement projects. Later when his daughter started her own veterinary practice, Ray greatly enjoyed seeing her embark into the business world and loved to discuss the particulars of small business planning with her.

When Ray was not at work on a household project or chatting business strategy with a friend or family member, he could often be found cheering on the UCONN basketball team or enjoying his wife’s gourmet cooking. He also took great pleasure in her homemade cookies and seasonal pies, and loved the milkshakes and root beer floats she would make for him in the evenings.

Ray leaves behind his wife of 49 years, Susan (Squire) Noble, his daughter, Holly Noble of Wiscasset, Maine, sister Maureen (Noble) McCarthy of East Dennis, MA, sister Barbara (Noble) Powers and her husband, Steven Powers of Naples, FL and sister-in-law Jennifer Jones and her partner Craig Smith of Bondsville, MA, as well as many nieces and nephews. The family will hold a private memorial gathering. In lieu of flowers, gifts can be made to the Midcoast Humane Society in Brunswick, Maine.