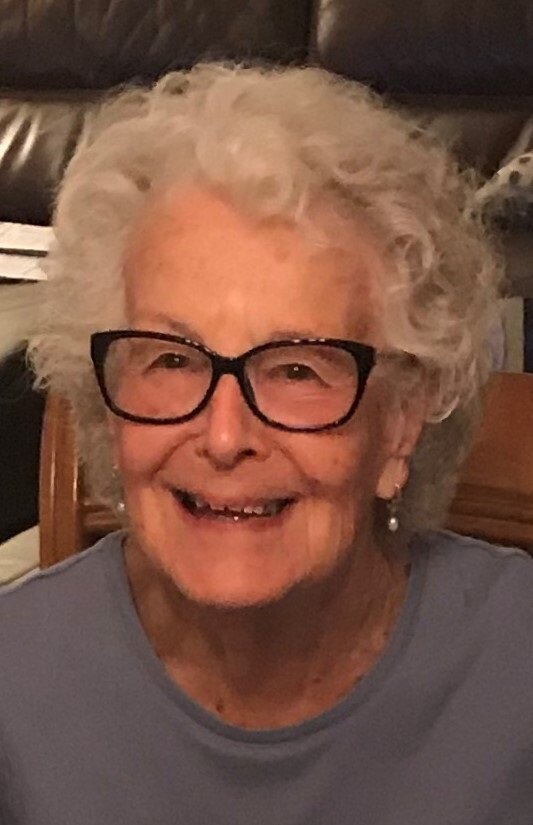 Pauline was born on February 20, 1928, to Adelard and Leona (Ruel) Leduc in Hudson, MA. Pauline was the oldest of the Leduc children; she was predeceased by her sister Yvette in 2014. Also surviving Pauline are her brothers, Roger Leduc of Dover, NH and Raymond Leduc of Enfield, CT and their families along with many other nieces, nephews, cousins and their families.

Pauline spent her childhood in West Springfield and as a young woman, found a career in the fashion industry as a designer’s assistant/model.  She was well-known for the beautiful clothes she created for herself and her family. She and Leonard married on May 15, 1948, in Springfield, MA and raised their family in Windsor, CT

Pauline returned to work when her children were of school age and had a long career as a licensed optician (one of CT’s earliest women in that field) for Mezzanine Optical at the G. Fox flagship Hartford department store. Leonard and Pauline spent their retirement primarily in Florida. Most recently, with Leonard’s death in 2020, Pauline lived in CT.

Especially in her later years Pauline lived for all the family-hosted holiday feasts and traditions, including a 75-year summer tradition of a lake-side picnic at a camp in Otis, MA. Her homemade Canadian tourtière meat pies and pork pate creton, as well as cookies, cakes, jams and pies with fresh picked berries and seasonal fruit were always a hit. The many meals entertaining with family and friends that she and Leonard hosted at their home were often followed with guests playing a game of Bloute/Belote, an ancient French family card game.

There are no calling hours. Friends and family are asked to go directly to Ss. Isidore and Maria Parish at St. Paul Church, 2577 Main Street, Glastonbury CT for a Mass of Christian Burial on Wednesday, April 20, 2022, at 10 a.m. A private burial will be held later.

Share Your Memory of
Pauline
Upload Your Memory View All Memories
Be the first to upload a memory!
Share A Memory