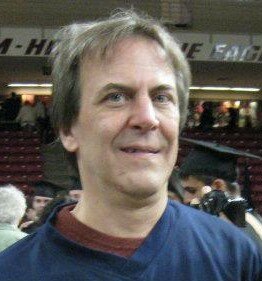 James E. Schulz, 67, of Glastonbury passed away peacefully at Manchester Memorial Hospital on Tuesday, April 26, 2022. He was the beloved husband of Meliney (Marcheselle) Schulz.

Born in New Britain, Jim was the son of the late Werner and Theresa (Sera) Schulz. He grew up in West Hartford, moving to Glastonbury in 1982. Jim earned his Bachelors Degree at CCSU in 1976 and worked as a CPA for many years at Sheptoff, Reuber & Co and on his own.

In addition to his wife, he is survived by his children who were the light of his life, daughter Sara E. Walker and her husband Dr. Alexander Walker of London, England, his son John E. Schulz and his partner Olivia DeCaro of Shelton, his brother William Schulz and his wife Barbara of Burlington, his uncle Bernie Bodine and cousin Mala of West Hartford, brother-in-law and sister-in-law Dr. Thomas Pazik and Leanne Pazik of Denver, CO and several nieces, nephews and cousins.

Funeral services and burial will be at the convenience of the family. For online condolences, please visit www.mulryanfh.com.