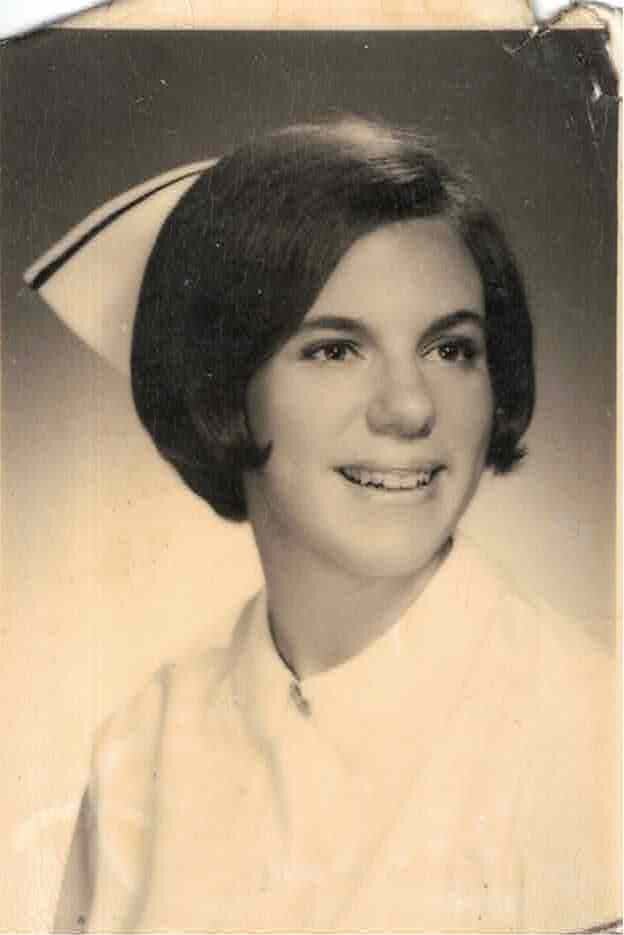 Susanne Mauro Dock, born September 16, 1947 to James F. and Mary Melillo Mauro at St. Raphael’s Hospital in New Haven, CT, died on May 14, 2022.  She was raised in Hamden, CT and graduated from Hamden High School in 1965.  She attended St. Raphael’s School of Nursing in Hew Haven and graduated with her RN in 1968.  Susanne met Roger Dock in 1966 at a student social while he was attending The Culinary Institute of America in New Haven (now of Hyde Park, NY) and they were married on August 8, 1970.  After the wedding the couple lived in the Washington, DC area and Susanne worked at Columbia Hospital for Women while Roger finished his U.S. Navy military obligation, after which they returned to CT and settled in Glastonbury in 1973.  In 1974, their first son James was born and in 1975, son Timothy.  Susanne worked at Salmon Brook Convalescent Home and then took a position at Hartford Hospital’s newly formed Jefferson House Rehab and Convalescent Home in Newington.  She later became Nurse Coordinator of the newly formed Jefferson House Adult Day Health Center in Manchester and then East Hartford, working until she was diagnosed with MS in 1997, at which time she retired.  Ever the nurse, she continued to serve on the boards of the Glastonbury VNA and Commission on Aging (part of the team that developed the Glastonbury Community/Senior Center).  The center of Susanne’s life was always her family with Thanksgiving as the major gathering holiday.  She is survived by her husband Roger, of almost 52 years, her son James (Katie) of Auburn, ME and her son Timothy (Kristie) of Davidson, NC, her grandson Boden of Norway, ME and her granddaughter Lille Marie of Davidson, NC.  Friends may call at the Mulryan Funeral Home, 725 Hebron Ave., Glastonbury on Thursday, June 9 from 4-6 pm. Funeral services and burial will be private.  In lieu of flowers, memorial donations may be made to The Bethel Food Pantry, P.O. Box 232, Bethel, ME 04217 or The Glastonbury Rotary Scholarship Fund, P.O. Box 67, Glastonbury, CT 06033. For online condolences please visit www.mulryanfh.com.

Share Your Memory of
Susanne
Upload Your Memory View All Memories
Be the first to upload a memory!
Share A Memory