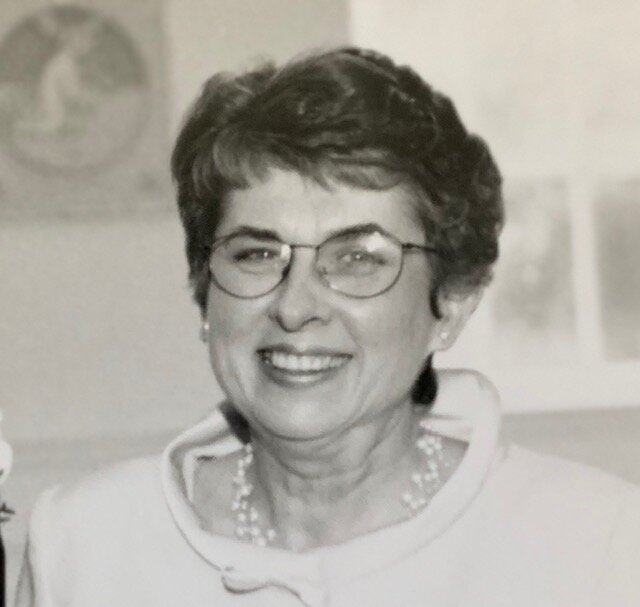 Ruth Brass, wife of Robert Brass, passed away peacefully, one month prior to their 60th Wedding Anniversary, on Sunday, July 3, due to complications from Alzheimer’s disease.  She was born on October 4, 1940, the daughter of the late John Walton and Katherine Bout.  She grew up in Hartford, CT, attended Catholic schools, graduating from Holy Trinity High School in 1958.  She married her husband, Bob, in late summer of 1962.  While they met and were in the same class at Holy Trinity, it wasn’t until Bob was in college that they developed a serious relationship & decided to marry.

Ruth attended Bay Path College and worked as an Administrative Assistant for the head of the Claims Dept at Resolute Insurance Company in Hartford.  Following the birth of her son Scott, Ruth returned to work as an Administrative Assistant to the President and CEO of Lydall in Manchester.  In her 40’s, Ruth chose a career change and decided to pursue a Nursing career by enrolling at Greater Hartford Community College.  She graduated and worked as a Psychiatric Nurse at both Hartford Hospital and the Institute of Living for over 10 years.

In her spare time, Ruth enjoyed reading, gardening & viewing the various wildlife, who visited her backyard at Eastbury Hill.  She was a member of the Yankee Garden Club & the Newcomers Club for residents who were new to the town of Glastonbury.

Ruth enjoyed many of the vacations she took with her family but her favorites were to Ogunquit & southern Maine, Cape Cod and the Pennsylvania Dutch Country.

She leaves her husband and companion of 60 years, Bob, her son Scott Brass & wife Betsy and two grandchildren, Kevin and Ryan, both of whom she cherished.  She is also survived by her nephew, Jack Walton & his wife Marybeth of Cape Cod, MA.  Ruth was pre-deceased by her half brothers, Arthur Walton, John Walton & William Walton and half sister, Jane Penning.

In lieu of flowers, friends and relatives can make a donation to their favorite charity or to St. Jude’s Children’s Hospital.

A Mass of Christian Burial will be held in Ss Isidore and Maria Parish at St. Paul Church, 2577 Main St., Glastonbury at 10:00 AM on Tuesday, July 12.    Calling hours are on Monday, July 11 from 4:00 – 6:00 PM at the Mulryan Funeral Home, 725 Hebron Ave., Glastonbury.  Burial will be in Holy Cross Cemetery, Glastonbury. For online condolences please visit www.mulryanfh.com.

Share Your Memory of
Ruth
Upload Your Memory View All Memories
Be the first to upload a memory!
Share A Memory