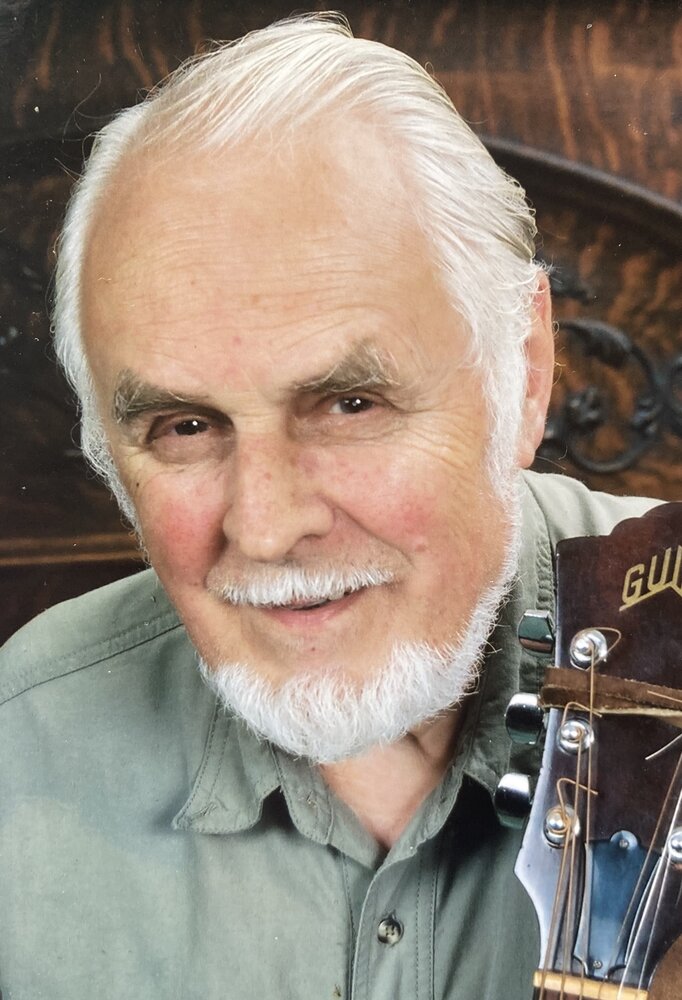 Richard “Dick” Lewis Fyfe, 91, of Glastonbury, CT, beloved husband of Joanne “Jodi” (Warner) Fyfe, passed away peacefully at home on Sunday, July 17th, 2022.  Dick was born in Cleveland, OH on August 19th, 1930. He was the son of the late Hilda K. (Watson) Fyfe and stepson of the late Joseph J. Fyfe. As a boy, he lived with his grandparents John Thomas & Emma Watson on their farm in Moose Run, PA.  Later he and his parents moved to Queens, NY where he attended P.S. 12 & Newtown High School (1948).  He returned every summer to Moose Run to work with his grandfather and uncles on the farm. In 1947, pursuing his desire to be a cowboy, Dick hitchhiked to the vast prairies of Baca County, CO to work the wheatfields and herd cattle while staying with his Aunt Mary (Watson) Sheesley and her family. In 1951, Dick was “invited” by the U.S. Government to “join them for an overseas adventure in Korea'', where he proudly served with the 8081st Airborne Company and the 187th Regiment as a paratrooper until his honorable discharge in 1953. Dick returned to Long Island where he married Rhoda Ash and had his first two children. He worked as a maintenance mechanic and programmer for the Long Island Lighting Co. while attending night school at Hofstra University, graduating with a B.S. in Geology in 1966. He then worked for Grumman Aircraft Engineering Co. in Bethpage, NY. In 1969, Dick and his family moved to Ridgefield, CT where he worked for the Burndy Corporation.  He later worked for AMF, the City of New York, and then for the State of Connecticut as the head of the Data Processing and Information Systems department.  Dick moved to Glastonbury, CT in 1978 where he lived the rest of his life. He married Joanne Warner in 1979 and had two children with her.  In 1983, Dick began working as a real estate agent in town, and in 1991 became the owner of Down Under Video in South Glastonbury, CT.  Dick loved running his own family business, and did so with pride. He worked well into his retirement years as a substitute teacher at Glastonbury High School and as a salesman at Cabela’s. Those who knew Dick will remember him as a man of many passions: a musician in The Portable Folk Festival and his band, The CT River Ramblers, a member of the Glastonbury Yacht Club (Commodore; 1998-99) and boat captain on the CT River, a storyteller, writer, and reader, an artist, a self-taught carpenter and handyman, a dog lover, a pancake chef, an enthusiastic traveler, a decorated veteran, a reliable friend, an easy-going co-worker, a dear brother, uncle, and cousin, and most of all, a proud father and grandfather, and devoted husband.  He was a warm, gentle, generous, hard-working, intelligent and talented man, whose passing will be felt deeply.  He shared his love of music with many, and his songs will continue to bring joy to all who loved him. Dick will watch over his wife Jodi of 43 years, his four children Roderick Fyfe (Forest Hills, NY), Rhonda Jones & her husband Kevin Jones (Granville, MA), Courtney Fyfe & her husband Evan Labb (Alexandria, VA), Lindsey Fyfe (Deep River, CT), his two darling granddaughters who brought him endless delight, Mackenzie Jones & Stevie Labb, Rosetta Weir, his siblings Patricia Greene, John Fyfe (partner Judy McAdam), June Gatten (John Thomas Gatten), William Fyfe (Susan Fyfe), sisters-in-law Carol Fyfe and Jeanne Dusel-Fyfe, and many nieces, nephews, cousins, and friends.  Dick is predeceased by his parents, his brothers James Fyfe and David Fyfe, his sister-in-law Sheila Fyfe, his mother-in-law Helen (Grogan) Warner, and his former wife Rhoda Mary MacDonald Ash (mother of his children Rod and Rhonda). The family would like to thank all of Dick’s medical providers and caregivers, especially those from the Veterans Affairs, Masonicare, and Dynamic Touch Homecare.

Calling hours will be held at Mulryan Funeral Home, 725 Hebron Ave, Glastonbury, CT, on Saturday, July 23rd from 10:00 AM-12:00 PM, with a service immediately following at 12:00 PM.  A funeral service and burial will be held at the Advent Church & Cemetery, 1303 Moose Run Rd, Bellefonte, PA, on Tuesday, July 26th at 11:00 AM.  For online condolences, please visit www.mulryanfh.com.