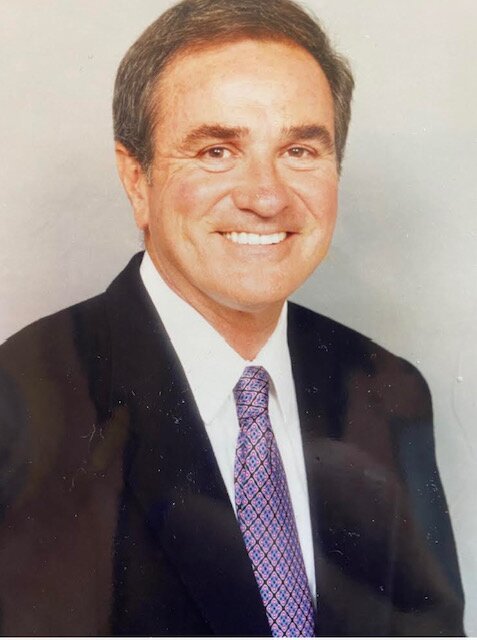 Joseph Ronald Clisham, “Ronnie,” of Glastonbury, returned home to his Heavenly Father on July 22, 2022.  Ron was born on August 14, 1942, in Pittston, Pennsylvania, son of the late Paul and Kathyrn (Carey) Clisham, formerly of Naugatuck. He leaves his wife of 58 years , Margie (Keka) Clisham; his daughter, Kristin Clisham Fowler and her husband, Michael; his son, Joseph Ronald Clisham, Jr. and his wife Allison (Dahle) Clisham;  his daughter, Katey Clisham Caruolo and her husband, Michael,and eight grandchildren: Mikey, Joey, and Kathryn Fowler, Zack, Caleigh, Torey and Nicholas Caruolo, and Olivia Clisham. He also leaves his dear caregiver, Maame Tawiah Darko, of Ghana. Ron was the youngest of fifteen children. He leaves behind his brother, William “Billy” Clisham and his wife, Dorie of Hawaii; his sister, Mercedes “Cedy” Fredsall of Wolcott, and countless nieces and nephews. He was predeceased by his siblings Stephen, Patrick “Buddy”, Paul “Carey”, Anita, Joan, Jackie, Briday “Bry”, Tommy, John “Deacon”, Mary, Bruce, Ned and many loving family members and dear friends who were there to greet him at the gates of Heaven.

Ron graduated from Fairfield University, where he majored in English and set a school record for hitting the longest home run at the time, in June of 1964. He married the love of his life, Margie, five days later. He began his career as an English teacher at East Catholic High School in Manchester, then went into the world of business, co-owning the former American Lighting Center. He worked in sales for Baldwin Stewart, DualLite, Therma Ray and AllFlex where he quickly climbed the corporate ladder. He soon became the Vice President of International Sales for American Flexible Conduit, where he traveled to the Pacific Rim multiple times. In 1987 Ron once again became his own boss, opening CT Self Stor, one of the first self storage businesses in Connecticut. He was known to use the expression “ if you do what you love to do, you will never work a day in your life” when talking about career choices with his grandchildren, and it was here that this came to fruition for Ron. He “worked” every day, most recently side by side with his son, J.R. He would tell people that the best thing that ever happened to his business was when his son came to work with him. Today, Ron’s grandsons Mikey and Joey work for the company as well, carrying on Ron’s business legacy.

Ron had three great loves: God, his family, and golf. He was a man of great faith and lived his life accordingly. He never took a thing for granted and thanked God for every opportunity He gave him to live his best life. He loved his neighbor and demonstrated this daily. Without God, Ron knew nothing was possible. And only with God was anything possible. He taught his children that life is not supposed to be perfect, and there is always something to be grateful for.  Ron often said that he “won the lottery”, referring to his grandchildren, his children, and his beloved wife. He credits his parents and his wonderful Irish family for giving him life, love and the family values that made him who he was. And while Ron loved golf, especially the day he had his first hole-in-one at Myrtle Beach, nothing made him prouder than playing in father-daughter and father-son tournaments at Ellington Ridge Country Club with Kristin, J.R., and Katey.

Friends may call at the Mulryan Funeral Home, 725 Hebron Ave., Glastonbury on Thursday July 28 from 4-6pm. A mass of Christian Burial will be celebrated on Friday July 29 at 10am in Ss Isidore and Maria Parish at St. Paul Church, 2577 Main St., Glastonbury. Burial will follow in Holy Cross Cemetery, Glastonbury.

In lieu of flowers memorial contributions may be made to VITAS Community Connection.org (Hospice in Glastonbury)