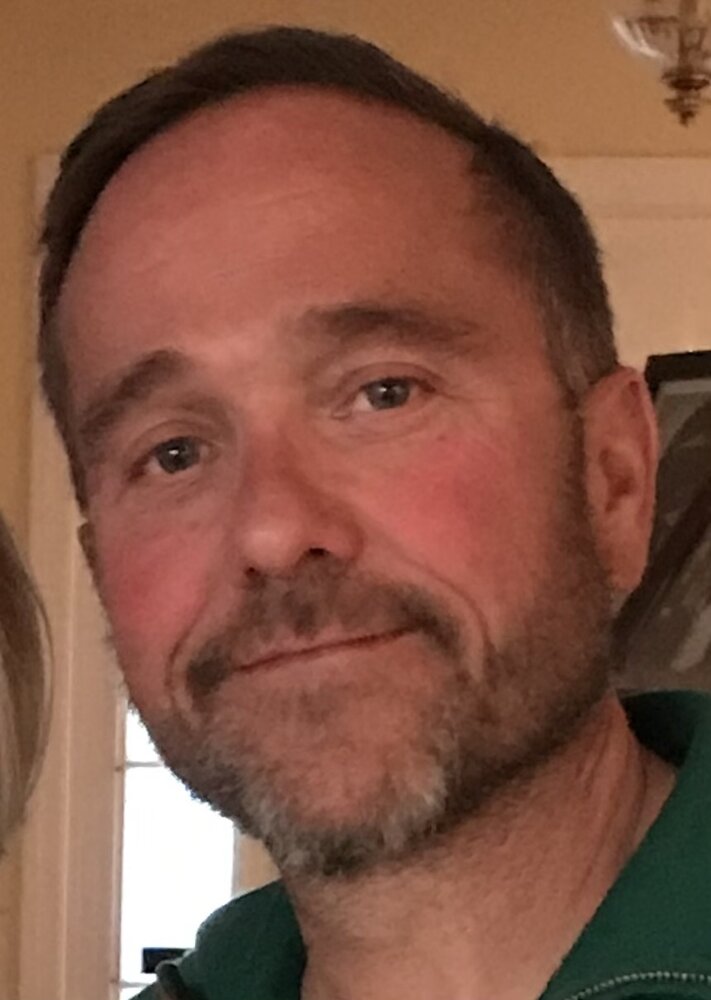 Glenn John Lagasse Sr., 60, passed away peacefully at his home in South Glastonbury on July 23, surrounded by his family, after his 21-month fearless battle with glioblastoma. He will be lovingly remembered and missed by his wife Cheryl Lagasse who was his devoted partner and caregiver, his son Glenn Lagasse Jr., his daughter and son-in-law Taryn and Gregory Ganci and his granddaughter Eloise Ganci. He also will be remembered by his loving parents John and Jean Lagasse, his sister and brother-in-law, Sandra and Jim Daigle, his brother and sister-in-law, Scott and Christine Lagasse, his brothers and sisters-in-law, Jim and Elizabeth Goodman and Bill and Patty Ferris, his nieces and nephews, Amy and Scott Lambeck and their children Maddie and Everett, Kerry, Cody and Riley Daigle, Shawn Lagasse, Ryan Lagasse, Olivia Goodman, Sam Goodman and Erin Ferris, his dog and faithful companion, Molly, his granddog Charlie, his grandkitties Snow White and Aslan, and many other dear family members, friends and neighbors. He is predeceased by his father and mother-in-law, William and Linda Ferris.

Glenn was born on March 9, 1962 in Hartford, CT where he lived and grew up until his family moved to East Hartford in 1973. He graduated from George J. Penney High School and played hockey for a regional high school team. Glenn met the love of his life Cheryl in 1980. They married in 1983 and the two settled in Glastonbury.

Glenn had a love for working with his hands as well as being around and helping others. As a young man he started his career in construction where he had obvious natural talents, but also decided to join the fire services as a volunteer firefighter in Company #1 in Glastonbury. He then became a firefighter at Brainard Airport and soon transferred to Bradley International Airport as a Crash Rescue Firefighter where he was later promoted to Captain. During his time as Captain, he earned the love and respect, he mutually felt from what he considered his second family. He retired from Bradley Airport Fire Department in 2006 to spend more time with his family and later started his own construction business.

Glenn was a devoted husband, father, son, brother, uncle, grandfather and friend. He was known for his friendliness, animated story telling, great smile, sense of humor and infectious laugh, his warm but quiet presence, an impressive garage and shed with every tool and piece of equipment imaginable, and being able to build or fix just about anything - which was a lifelong passion.

He spent his life doing everything for everyone - coaching his kids’ sports teams and then being at every one of their games, rebuilding car engines, building a log home for his parents, building beautiful homes and doing other projects for his family and friends, and saving countless lives during his 23 years in the fire service. He had a love for spending time with his family and dogs, being with his new granddaughter Eloise, grilling, red wine, animals of all kinds, cars, taking drives in his Corvette with Cheryl, the Dallas Cowboys, the Montreal Canadiens, the Boston Red Sox, watching NASCAR with his son Glenny, going to Daytona with friends to watch races, trips to New York City, Cape Cod and Florida with Cheryl and their closest friends, and just doing simple things every day to bring his wife and children happiness. He also had great respect for first responders, nurses, veterans, and members of the armed forces and contributed faithfully to The Wounded Warrior Project.

Glenn was not afraid to take on any challenge, big or small. He battled glioblastoma in true fire fighter and Glenn fashion – without fear. He is remembered by his family as a “hero” in so many ways, and will be deeply missed by all who were fortunate enough to get to know him.

The family would like to thank the staff at Dana Farber and Hartford Hospital for their support and care for Glenn.

A Mass of Christian Burial will be celebrated Monday August 1 at 10am at Ss. Isidore and Maria Parish at Saint Paul Church, 2577 Main Street, Glastonbury, CT. Burial will follow at Holy Cross Cemetery, 1318 Hebron Ave, Glastonbury, CT. Friends may call at the Mulryan Funeral Home, 725 Hebron Ave. on Sunday July 31 from 2-4pm. In lieu of flowers, memorial donations can be made to the Glioblastoma Foundation.

Share Your Memory of
Glenn
Upload Your Memory View All Memories
Be the first to upload a memory!
Share A Memory