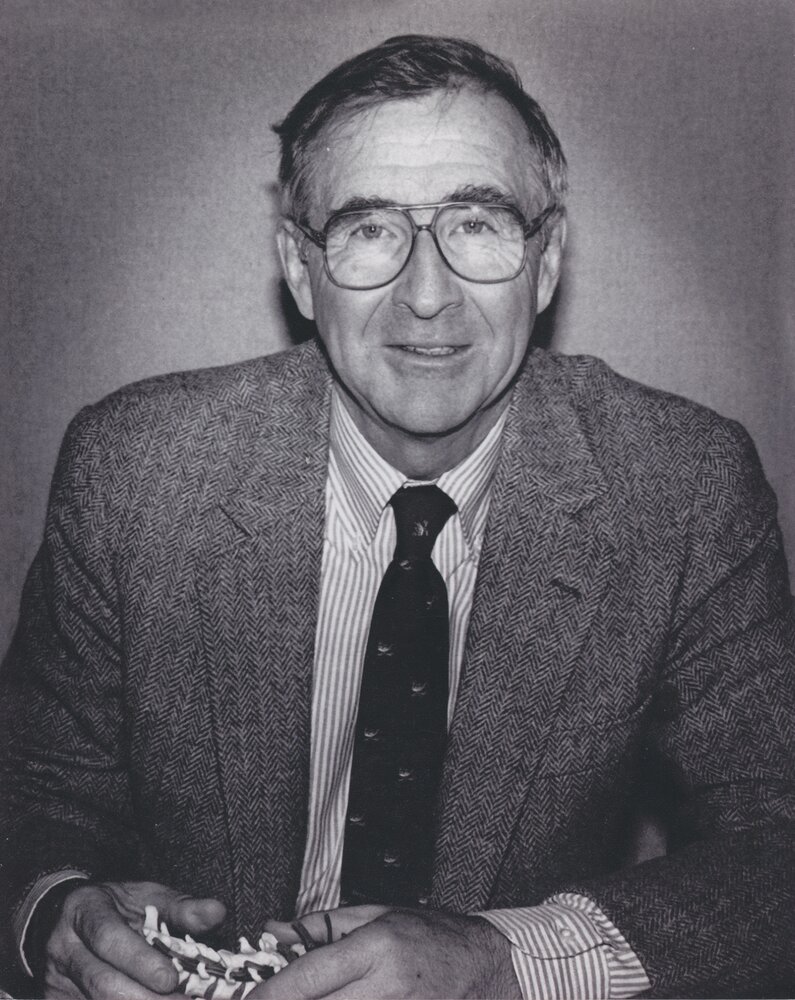 John F. Raycroft, MD, 91, of Glastonbury, beloved husband of Elizabeth (Prior) Raycroft, died July 25, 2022. The life of John F. Raycroft, known more commonly as “Jack” and often just as “Doc,” is a story of family, friendship, and a deep love of community.

Born April 27, 1931, in Brooklyn, NY, Jack was the son of the late John F. and Ruth (Sherin) Raycroft. Jack’s father was Chief of Surgery at Kings County Hospital in Brooklyn and a significant influence in his life. Jack attended Poly Prep Day School and went on to Syracuse University where he made many life-long friends and met the love of his life, Elizabeth (Betsy). Jack graduated in 1953 with a major in geography – not exactly indicative of future plans. After graduation, he entered the U.S. Navy’s Officer Candidate School and was assigned to the U.S.S. Haynsworth. He spent four years in the Navy rising to a Lieutenant, JG, an experience that, as Betsy says, made him more mature. Jack then attended medical school at SUNY Downstate and graduated in 1961.

Jack’s career in orthopedic surgery began with an internship and residency at Yale New Haven Hospital (1961-63) and further training at Newington Children’s Hospital (1963-66). Soon after, Jack helped found a fledgling group of orthopedic surgeons working out of Hartford Hospital, the Orthopedic Associates of Hartford. Jack remained part of OAH and Hartford Hospital for over 50 years. He also continued his association with Newington Children’s and spent time educating the next generation of surgeons at University of Connecticut and Yale University. Jack’s membership and leadership within the New England Orthopedic Society, and the Yale Orthopedic Association, were major highlights of his professional life.

Jack and Betsy were married in 1956 in Syracuse, NY. They had four children while Jack’s career developed and they moved around Connecticut at that time. It wasn’t until they settled in South Glastonbury in 1967 that they found their home. Jack’s love of friendship and community benefitted the town at large. When the local Grange chapter was in search of someone to run their annual fair in the early 1970s, Jack enthusiastically stepped in and found he was a natural at organizing and motivating others, especially when it came to ox pulls, bucket brigades, and the grease pole climb. In 1993, the town needed someone to organize a parade for its tricentennial celebration – Jack jumped at the chance. As parade master, he brought in high school marching bands, fife and drum corps, and floats from all over the state. Jack’s combined love of history and community led him to join Glastonbury’s Historical Society where he helped organize house and garden tours and fundraising efforts.

Outside of hospital hours and town activities, Jack was generous with his time and knowledge. For years he would perform off-hours house calls, heading out with his black doctor’s bag like a scene out of an old western, to check on a neighborhood kid's swollen knee or a family friend’s sore shoulder. For many summers, Jack would take his doctor bag up to Camp Dudley in Westport, NY, serving as camp doctor for a period.

The Thanksgiving Road Race in Manchester, CT, was never missed. Jack ran it with friends, children, and grandchildren beginning in the late-1970s. Jack was also an avid golfer and tennis player, enjoyed the theater, birding, summers in the Adirondacks, and sharing a good, long story. He will be deeply missed by Betsy, his children, grandchildren, and many dear friends.

Besides his wife he is survived by his children and their spouses, John F. Raycroft, Jr. and Laurie Souza of Swampscott, MA; Kathleen B. Raycroft-Meyer and Peter Meyer of Bristol, VT; Theodore S. and Audrey Raycroft of Sherborn, MA; Timothy W. Raycroft and Noelle Cocoros of Boston, MA; and eight grandchildren, Harrison, Oliver, John, Emma, Willard, Charles, M. Eleanor, and Cameron. Jack’s only sibling, David, passed away in 1982.

Friends may call at the Mulryan Funeral Home, 725 Hebron Ave., Glastonbury on Friday Aug. 5 from 4-6pm. A funeral mass will be celebrated on Saturday Aug. 6 at 10:30am in St. Patrick-St. Anthony Church, 285 Church St., Hartford. The mass will also be live-streamed. It can be accessed at spsact.org. In lieu of flowers, memorial donations may be made to the Glastonbury Historical Society, P.O. Box 46, Glastonbury, CT. 06033. For online condolences please visit www.mulryanfh.com.