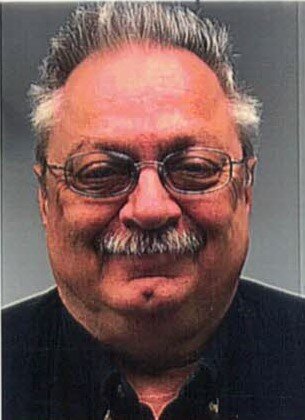 Douglas E. Beeghly, 64, of Glastonbury passed away peacefully at home on Monday, August 8, 2022. He was the beloved husband of Louise (Desrosiers) Beeghly.

Born in Farmington, Doug was the son of the late Elias and Ella (O’Brien) Beeghly. He attended UCONN and later worked as a Production Controller for Flanagan Industries for forty-three years. Doug was a forty-three-year member of the Glastonbury Elks lodge #2202 and served as Exalted Ruler twice. He was an active member of NSSA since 2003 and enjoyed attending the annual shooting competitions.

In addition to his wife, Doug is survived by his brother Bruce Beeghly and his wife Lyne of Farmington, his sister Susan Beeghly of West Hartford, many Aunts, Uncles and Cousins as well as his wife Louise’s sisters Pauline Mahoney and her husband John, Irene Mazurkiewicz and her husband Ronald, nieces and nephews Sarah Mahoney and Andrew Ballard, Joseph Mahoney, Katelyn Mazurkiewicz, Ronald Mazurkiewicz, Jr. and his wife Ashley, and great niece Sarai Mahoney. Doug was predeceased by his first wife Margaret.

Funeral services and burial will be private. Friends may call on Thursday, August 18, 2022 from 3:00 pm to 5:00 pm at Mulryan Funeral Home, 725 Hebron Ave., Glastonbury. Donations may be made to the American Cancer Society, P.O. Box 6704, Hagerstown, MD 21741, The Shriners Hospitals for Children, Office of Development, 2900 Rocky Point Drive, Tampa, FL 33607 or a charity of the donor’s choice. For online condolences, please visit www.mulryanfh.com.

Share Your Memory of
Douglas
Upload Your Memory View All Memories
Be the first to upload a memory!
Share A Memory