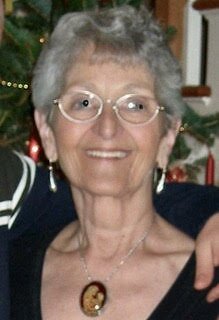 She married her one true love, George Pelletier predeceased, of Hartford. They married in February 1950 and celebrated forty nine years of wedded bliss.

Born June 2, 1932, the eldest of two children to Marie (Desfosses) Gregorian and Dikran (Richard) Gregorian. She is predeceased by her brother Dick Grigorian of South Windsor, Ct. She is survived by her three devoted children, Douglas & Stephanie Pelletier and Greg Pelletier both of Hartford, and Susanne Colantonio of Glastonbury. as well as two grandchildren, Eric & Angela Colantonio of Marlborough, Jaclyn & Rob Brancato of South Glastonbury, and four great grand children who were her heart’s joy. As well as multiple nieces, nephews, and cousins.

Connie was always a working mother. In the early years she worked as a Laboratory Technician for the State of Connecticut and local private industries. Her career lead her to becoming an Electroencephaloger at Hartford Hospital where she became the first EEG Technician in the state to achieve national certification. She went on to establish an EEG lab. at the Newington Home For Crippled Children. She remained director of that department as the Home evolved to Newington Children’s Hospital and then Connecticut Children’s Medical Center and earned an international reputation in her field.

She was an avid traveler in her later years, exploring sites of import to American, Western, and Eastern cultures.

A dynamic presence at any gathering, her loss will be greatly felt by friends, family, and all who knew her.

A mass of Christian Burial will be Friday August 26 at 1:30pm in Ss Isidore and Maria Parish at St. Paul Church, 2577 Main St., Glastonbury. Friends may call at the Mulryan Funeral Home, 725 Hebron Ave., Glastonbury Friday from 11am to 1:00pm. In lieu of flowers memorial donations may be made to the Connecticut Children’s Foundation for CCMC, 282 Washington St., Hartford, CT. 06106 (https://give.connecticutchildrens.org). For online condolences please visit www.mulryanfh.com.

Share Your Memory of
Constance
Upload Your Memory View All Memories
Be the first to upload a memory!
Share A Memory