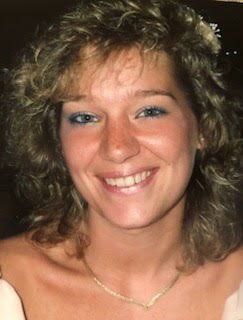 Colleen Elizabeth Clancy, 58, of Glastonbury, Connecticut, was called to serve as an Angel on Monday, August 22, 2022, surrounded by those who loved her beyond words.

Colleen, the youngest of the “Clancy Girls”, was born to Mary Diane Clancy and Gerald Clancy in Indianapolis, Indiana, on January 14, 1964.  Following the Clancy migration to Connecticut in 1972, Colleen became a graduate of William H. Hall High School, Class of 1982, and further graduated from the University of New Haven, an institution that she was proud to be a part of, in 1986.

Following a 29 year romance, she married the love of her life, Scott A. Goodwin of Biddeford, Maine, on August 1, 2022, in a ceremony that was steeped in the great love they had for each other and deeply moved by all who attended.  During their time together, Colleen and Scott raised, trained and loved five Labrador Retrievers who brought them, and everyone else, joy and happiness every day.  Colleen was the proud definition of a “Dog Mom”.

In 2019, Colleen retired from her position as the Vice President of Connecticut Bankers’ Association, following her 32 year career with them.  Those who worked with and alongside Colleen never failed to comment on “what a hard worker she was”, especially those who attended her annual conferences which she planned meticulously.

In addition to her husband and numerous aunts, uncles and cousins, Colleen is survived by her parents, Mary Diane Davidson (Harry) of West Hartford, Connecticut, and Gerald Clancy (Julie) of Fort Wayne, Indiana, her sisters, Karen Clancy Boy (Rory) of Cheshire, Connecticut and Kathleen Clancy Gravelle of Wethersfield, Connecticut.   Colleen is also survived by her much beloved nephews and niece: Andrew Boy, her Godsons Patrick Gravelle and Christopher Boy, Mary Catherine (Catey) Gravelle, William Boy and Connor Gravelle, also of Cheshire and Wethersfield, Connecticut.   To say that this loss has greatly impacted her nephews and niece would be an understatement.

The family invites all who would like to celebrate Colleen’s time with us to Mulryan Funeral Home on Sunday, August 28, 2022, between the hours of 3 and 5 p.m., at 725 Hebron Avenue in Glastonbury, Connecticut.  If you would care to make a donation in Colleen’s honor, please consider a local dog rescue organization.  For online condolences, please visit www.mulryanfh.com

Share Your Memory of
Colleen
Upload Your Memory View All Memories
Be the first to upload a memory!
Share A Memory