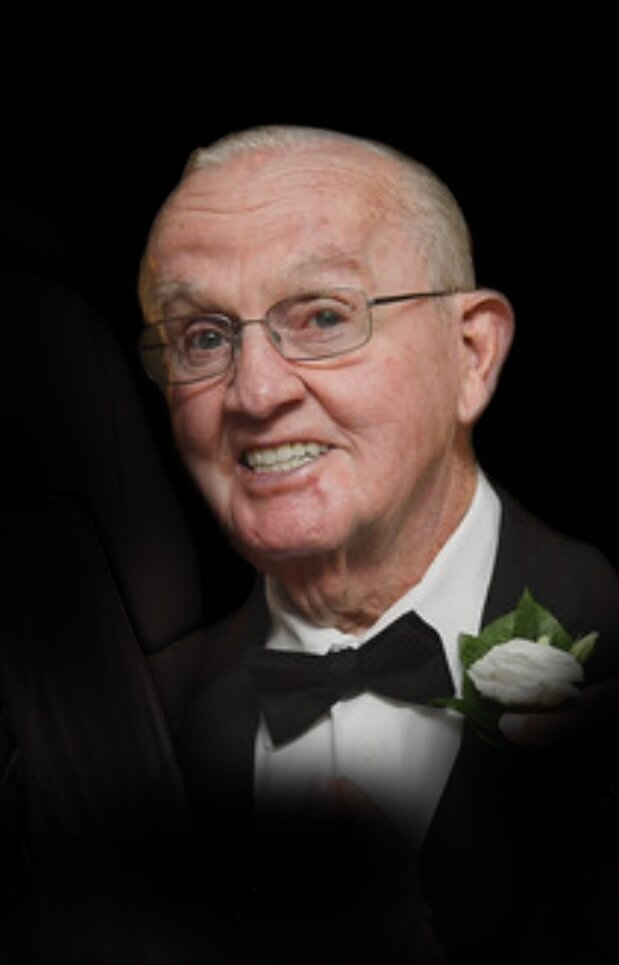 Michael J. Sweeney, beloved husband of Nancy L. (Moran) Sweeney of Hebron passed away peacefully surrounded by his family on September 8, 2022.  He was born on January 7, 1939 in Olyphant, Pennsylvania. Michael moved to Stratford as a young boy and resided there until he and Nancy moved to Hebron to enjoy their retirement years. A 1957 graduate of Stratford High School, Mike was the proud captain of the football team. He worked as a banker in the Bridgeport area for over 40 years. After his retirement Michael fulfilled his lifelong goal of serving as a mentor for youth as a Big Brother and substitute teacher in local schools.

In addition to his wife of 60 years, Michael is survived by his sons Michael Sweeney and wife Cathy, Edward Sweeney and wife Donna, his grandchildren Laura Sweeney (Dan Michaud), Molly Prospect (Dan Prospect), Michael Sweeney, Matthew Sweeney, and great grandson Patrick Prospect. He is also survived by his sister Eileen, many nieces and nephews, friends, and strangers he has met along the way. He was predeceased by his parents Anthony and Anna Connors Sweeney, brothers Edward, James, and John, and sisters Mary, Helen, Catherine, Peggy and Anne.

A Mass of Christian Burial will be held on Wednesday, September 14, 2022 at 11:00 am at St. Mark’s Church, 500 Wigwam Lane, Stratford. Burial will follow at Lawncroft Cemetery, 1740 Black Rock Turnpike, Fairfield. Friends and family may call at the Mulryan Funeral Home, 725 Hebron Ave., Glastonbury, on Tuesday, September 13, 2022, from 5:00 pm to 7:00 pm. In lieu of flowers, a scholarship has been set up in Michael’s name to support a graduating football player at Stratford High School who embodies his spirit. Donations can be made out to Stratford HS Scholarship with Michael Sweeney in the memo and mailed to Stratford High School c/o Tony DeAngelo, 245 King Street, Stratford, CT 06615. For online condolences, please visit www.mulryanfh.com.

Share Your Memory of
Michael
Upload Your Memory View All Memories
Be the first to upload a memory!
Share A Memory