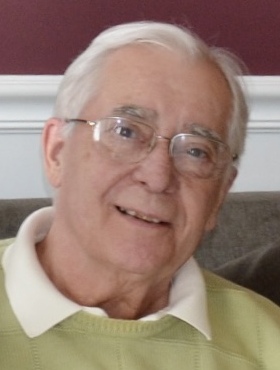 Obituary of Thomas A. Hanny, M.D.

Thomas A. Hanny, MD of South Glastonbury, CT, passed peacefully from this life on Monday, September 19, 2022 at age 85.  He is survived by his wife of 59 years, Jo-Ann, his daughter Suzanne and her husband, Rick Russell, and his greatest joy, his four grandchildren, Samantha, Abigail, Ian, and Erik.  He is pre-deceased by his son, John, his parents, Maria and Lajos, his sister Iren and Jo-Ann’s parents Gus and Ann.  Dr. Hanny was born in Budapest, Hungary.  At just 18, he left his home and family in Budapest, fleeing in secret during the Hungarian Revolution, and emigrated to Toronto, Canada. There, he restarted his medical studies at the University of Ottawa. Following graduation in 1966, he completed residencies at St. Michael’s Hospital in Toronto and the Bronx Veterans Administration Hospital in New York City.  He went on to do a fellowship in cardiovascular surgery.  In 1977, he moved to Hartford, Connecticut to work at St. Francis Hospital.  By the end of his career, he had also practiced vascular and thoracic surgery at Manchester Hospital, Rockville General Hospital and Johnson Memorial.  He loved practicing medicine – caring for his patients and being in the operating room.  Outside of medicine, his favorite thing to do was support the Montreal Canadiens hockey team.  Dr. Hanny’s family would like to thank everyone at the St. Francis Hospital MSICU for their exceptional care.  A memorial mass will be held at a later date.  In lieu of flowers, donations in his memory may be sent to St. Francis Hospital. For online condolences, please visit www.mulryanfh.com.