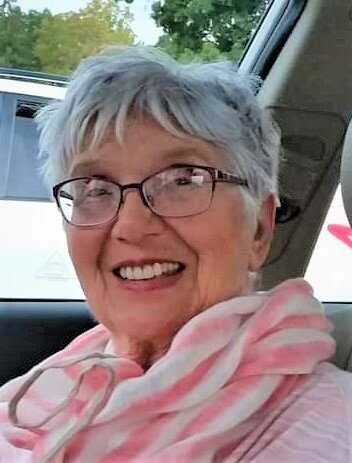 Frances Gorski Adams of Glastonbury, Connecticut passed away peacefully at age 85 on November 26, 2022.  Born on September 23, 1937, she was raised in Freeland, Pennsylvania by her loving parents, Frank and Agnes Gorski.  Her father’s family emigrated from Wies-Kurejewka, Poland, with several family members settling in the coal mining town of Freeland.  On her mother’s side, Agnes Fisher Gorski’s family came from Krakow, Poland, also having several family members settling in Freeland.

Frances attended local schools and graduated from West Philadelphia Catholic High School in June of 1955. She and her friends would go to Dick Clark's Bandstand every day after school.  There she showed off her great dancing skills with dances like the jitterbug and the stroll.  Stories from those days would become a favorite memory to her daughters as they learned those dances in the kitchen growing up with Mom and Dad.  From her simple childhood in coal country, Fran grew into a sophisticated and world-wise woman.  Among her many talents, she was an incredible gourmet cook who loved to entertain grandly in the true 1950’s style.

Her greatest joy in life was raising her five children, Karen, Kimberly, Kathleen, Jeffrey, and Jennifer with her former husband, Gene Adams, in New London and then continuing the joy of having nine grandchildren and a great grandson.  Her dear brother, Tom, was a great support for his sister since early childhood when they would walk to school together every day.  He has stood by her every day since.

Frances went on to become an executive legal secretary in Hartford for many years while residing in Glastonbury.  Once she retired, she enjoyed being involved in activities at the Glastonbury Community Center, especially enjoying the current events group.

Calling hours will be from 4 to 6 pm on Thursday December 1st at the Mulryan Funeral home, 725 Hebron Avenue in Glastonbury. Donations in her memory may be made to the Glastonbury Community Center. For online condolences please visit www.mulryanfh.com.

Share Your Memory of
Frances
Upload Your Memory View All Memories
Be the first to upload a memory!
Share A Memory