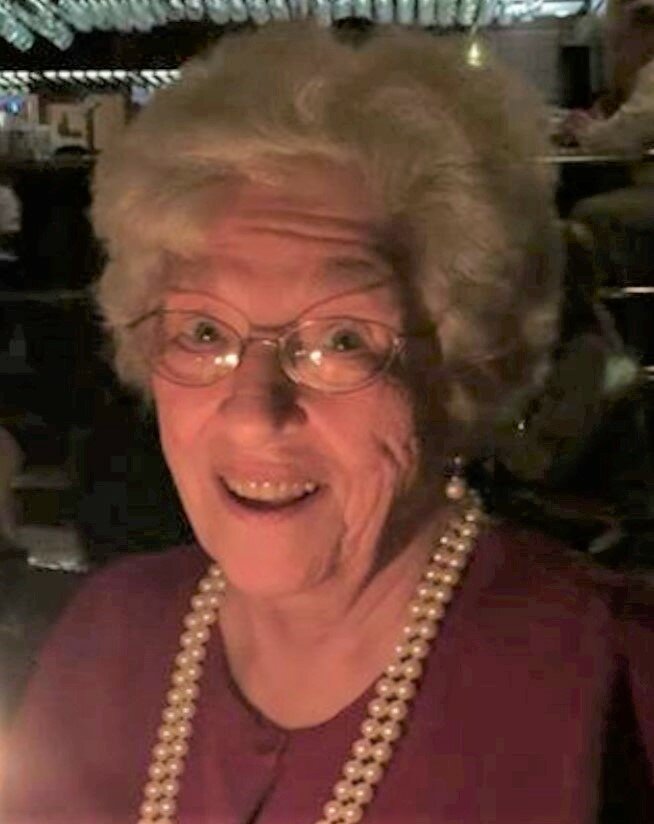 Obituary of Mary B. O'Halloran

Mary B. O’Halloran, 97, beloved mother, grandmother and friend to all was taken to her eternal home on November 22, 2022.  A native of East Orange, New Jersey, she was born December 10, 1924 the eldest of three to Anne C. and William J. Brothers.  After graduating high school, she was employed with Bell Telephone Company and after WWII, she married John D. O’Halloran of West Orange, New Jersey.  They later moved to Glastonbury, Connecticut where they remained raising their three children.  Mary also worked part time at The Weather Vane and as a bank teller at Citizens Bank.  She was a long time member of St. Paul’s Catholic Church.  Mary enjoyed volunteering and playing bridge.  In 2014, Mary moved from Glastonbury to Columbia, South Carolina to be near her daughter.

A Mass of Christian Burial will be celebrated at 11:00 am on Wednesday, December 14, 2022 in SS. Isidore and Maria Parish at St. Paul Church, 2577 Main Street, Glastonbury.  Burial will follow at Neipsic Cemetery.  For online condolences, please visit www.mulryanfh.com.

Share Your Memory of
Mary
Upload Your Memory View All Memories
Be the first to upload a memory!
Share A Memory