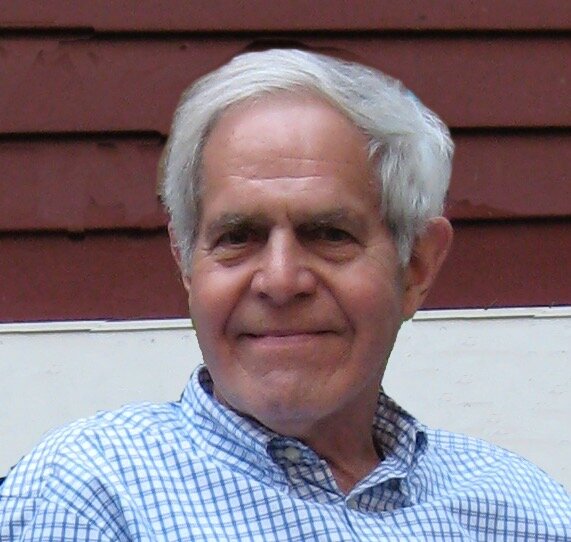 Karl Horst Braun, 95, of Glastonbury, beloved husband of Rose-Maria Braun died peacefully in his home surrounded by his family on Saturday, December 3, 2022.  He was born on July 9, 1927 in Berlin, Germany, son of the late Johannes Braun and Apolonia (Schroter) Braun.

Words to describe Karl would include humble, kind, generous, faith filled, and incredibly hardworking; qualities we all aspire to. He began his young life in Berlin, Germany during WW2 when he was drafted into the army at the age of sixteen, and became a prisoner of war when the war ended in 1945. He was held in Italy until 1947 along with thousands of other prisoners to help rebuild Italy. Upon returning to Germany he met the love of his life, Rose-Maria. They met at a church youth group and, unfortunately, because of the lack of employment after the war they became separated for seven years while Karl went to work for the Snowy Mountain Hydro-Electric Scheme in Australia. Upon returning to Germany once again, he and Rose-Maria were married in December of 1960. The following May the young couple emigrated from Germany to the United States and began their life in Glastonbury, CT. Karl started his work life in the United States at Sealtest Corporation in Hartford, CT. Many years later he retired from Roger’s Corporation in Manchester, CT where he worked for over thirty years. His kids always told their friends that their Dad’s job title was “the boss of the boilers.” After retirement Karl and Rose-Maria were fortunate enough to travel across the country several times with their camper to explore the national parks, and they often traveled back to Germany to visit family. Karl was a devout Catholic and a parishioner of St. Paul Church in Glastonbury and then later at St. Dunstan Church when it was established in 1970. He was an Extraordinary Minister of the Eucharist, he also began and organized the food drive at St. Dunstan Church, was an active member of the men’s retreat league at the Holy Family Monastery and an active volunteer at the House of Bread in Hartford for many years. In 2014 Karl was presented the medal of St. Joseph at the Cathedral in Hartford for his outstanding service to God and the parish.

He is survived by his wife of 61 years, Rose-Maria, as well as his four children; Patti (Braun) Hedges and her husband Tom Hedges, Jeanette (Braun) Thomson and her wife Elisa Marenghi, Gerard Braun, Stephan Braun and his wife Nancy (Clarke) Braun. He is also survived by his twelve wonderful grandchildren and their spouses who thought the world of him, and affectionately called him “Opa”: Benjamin Hedges and his wife Jennifer, Ian Hedges and his wife Bridget, Corey Hedges, Lindsey Hedges, Chelsea Thomson, Nicole Thomson, Erika Thomson, Aidan Braun, Colin Braun, Kaitlin Braun, Ana Braun and Spencer Braun. Karl was also just recently blessed with two great granddaughters, Layne Hedges and Claire Hedges.

A Mass of Christian Burial will be celebrated at 11:00 on Saturday, December 10 at St. Dunstan Church, 1345 Manchester Road,  Glastonbury. Burial will be private. In lieu of flowers, memorial donations in Karl’s name may be made to The House of Bread, 27 Chestnut Street, Hartford, CT. 06120 ( www.hobread.org).  For online condolences, please visit www.mulryanfh.com.

Share Your Memory of
Karl
Upload Your Memory View All Memories
Be the first to upload a memory!
Share A Memory