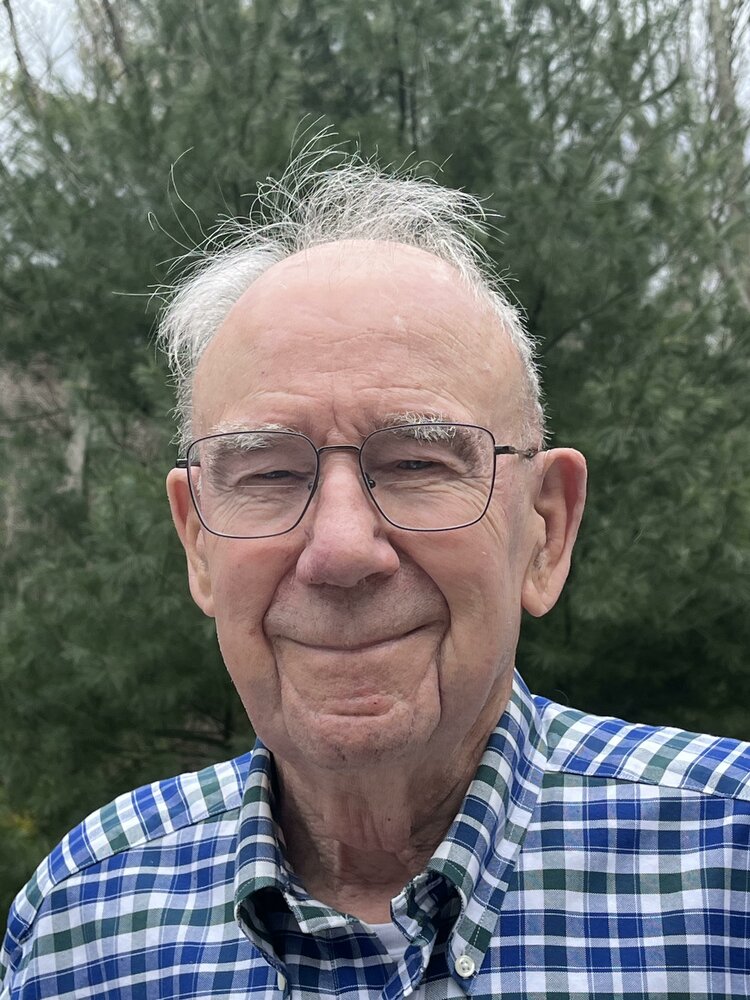 Winthrop M. Goodwin, 87, of Mystic and formerly of Glastonbury passed away at home on Thursday, December 15, 2022. He was the beloved husband of Virginia (Chase) Goodwin.

Born in Brunswick, Maine, he was the son of the late Morrell P. and Estella (Gilchrist) Goodwin. Winthrop was a graduate of Newton (MA) High School and received a Bachelor of Science degree in Mechanical Engineering from Purdue University.  He then spent 4 years in the U.S. Navy as a naval aviator.  Later he attended the Sloan School of Management at M.I.T. as a Sloan Fellow, and received a Master of Science degree in Management.  Winthrop spent most of his career with Pratt & Whitney Aircraft in various positions including Vice President and General Manager of the Service Center and Vice President of the Toulouse, France, office.  He retired in 1990.

Win was an avid tennis player, was passionate about his garden and woodworking, and enjoyed sailing and spending time at the family’s summer home in Mattapoisett, MA.  After retirement, he also loved traveling with his wife and made many trips to Europe.  He spent time volunteering in town and was active at St. Luke’s Episcopal Church in South Glastonbury.  But most of all, he was devoted to his family – his wife and children and loved being a grandfather.

A funeral service will be held on Wednesday, December 28, 2022 at 11:00 am at St. Luke’s Episcopal Church, 915 Main St, South Glastonbury. Burial will be at the convenience of the family. Family and friends may call on Tuesday, December 27, 2022 from 4:00 pm to 6:00 pm at Mulryan Funeral Home, 725 Hebron Ave., Glastonbury. In lieu of flowers, memorial donations may be made to St.Luke’s Episcopal Church, 915 Main Street, South Glastonbury, CT or to Fish of Glastonbury, P.O. Box 205, Glastonbury, CT  06033. For online condolences, please visit www.mulryanfh.com.

Share Your Memory of
Winthrop
Upload Your Memory View All Memories
Be the first to upload a memory!
Share A Memory