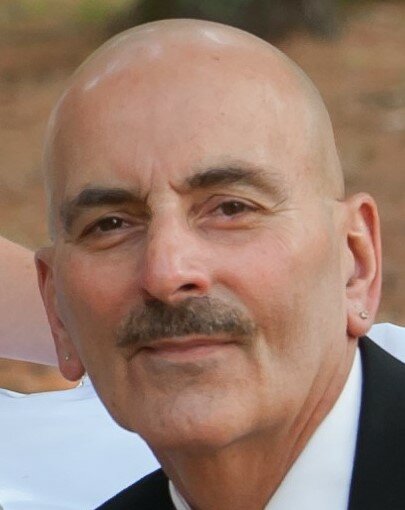 Obituary of Joseph A. Concodello, Sr.

Joseph A. Concodello, Sr., 71, of Marlborough, beloved husband of Louise (Lagueux) Concodello, passed away peacefully early Saturday morning, December 17th, 2022 at Middlesex Hospital surrounded by his loving family.  Born on October 15th, 1951 in Hartford, he was the son of the late Ambrose J. and Anna (Bartholomew) Concodello.  He attended South Catholic High school and graduated class of 1969.  Joe’s close cousin Frank Corona introduced Louise to him during a blind date and he married the love of his life, Louise, on May 12th, 1973.

Following school, Joe instantly took interest in the construction trades, starting with a family-owned construction company while building their new house in Marlborough and then with S. G Milazzo in 1980.  He worked for S.G. Milazzo for 34 years, retiring in 2014, most of which were as a Foreman, where he was known for his quiet demeanor, likeability and unstoppable work ethic.  He had the ability to not only be the leader, but to be able to work alongside with his crews all while developing lasting friendships.  On the weekends, he would always make time to help both Joey and Michael at their own houses, even while renovating his own.

He loved coaching MYAL baseball and basketball teams that his sons were on, most of which had first place finishes every season, taking them to many state playoffs.  His drive to help every player, not just his sons, develop into the best they could be was a true joy to watch, setting an example for all.  He would even conduct baseball practices under the pavilion at Blish park so as to not cancel a practice due to rain.  Following his coaching career, he made sure to never miss any after-school or weekend games throughout both Joey and Michael’s Middle and High school sports careers, bringing his folding chair to sit closer to the action.

His favorite vacation spot was Misquamicut, Rhode Island during the early family years until more recently, in 2005, when he and Louise began vacationing with Royal Caribbean, eventually cruising 10 times in total, bringing the whole family and close friends whenever possible.  They decided in 2020 to have a backyard pool oasis built to more easily enjoy the summer months with his wife, sons and granddaughters. His perfect evening included sitting in the hot tub with his wife, making a small fire in his chimenea and watching the Yankee game.

Besides his love for family and work, he faithfully watched the New York Yankees, New York Giants and UCONN sports teams, celebrating each of their great championship runs over the past years.  He could also be found lifting weights in his basement weight room while listening to the latest rap and hip-hop music, with the volume turned up loud shaking the ceiling, followed by making his protein shake.  His love for their 350Z convertible was evident by the way he would wash, wax and polish the chrome rims every weekend.  He always made time for Facebook, making it part of his daily routine during the more recent years.  He would love sharing current events, town political news and commenting on important posts.  He was always supportive of his wife’s daycare and the children she helped raise through the years, loving some of them as much as family, attending their school and sporting events whenever possible.

Some of his proudest moments were in 2014 and 2015 when both sons married.  But his smile was never brighter than when he would hold his granddaughters in his arms in either his rocking chair or recliner, at first feeding them their bottles and then later their favorites, push up popsicles and ice cream cones.  He truly enjoyed just being present in their playroom, watching them learn to crawl and walk or just listening to his granddaughters play.

Besides his wife, Joe is survived by his son Joseph A., Jr. and his wife Veronica (Ojeda) Concodello of New Haven and youngest son Michael J., and his wife Meredith (Young) Concodello of Marlborough, a sister Patricia Johnson of North Port, FL and five granddaughters, Adeline (6), Aubrey (3), Alana (1), Sophia (3) and Scarlett (1). He was predeceased by a sister Rose Marie Arbour. A mass of Christian Burial will be celebrated on Tuesday Dec. 27th at 11am at St. John Fisher Church, 30 Jones Hollow Rd., Marlborough. Burial will be at the convenience of the family. Friends may call at the Mulryan Funeral Home, 725 Hebron Ave., Glastonbury on Monday Dec. 26th from 4-6pm. In lieu of flowers memorial donations may be made to the Marlborough Food Bank, 3 Wilhenger Drive, Marlborough, CT 06447.  For online condolences please visit www.mulryanfh.com.