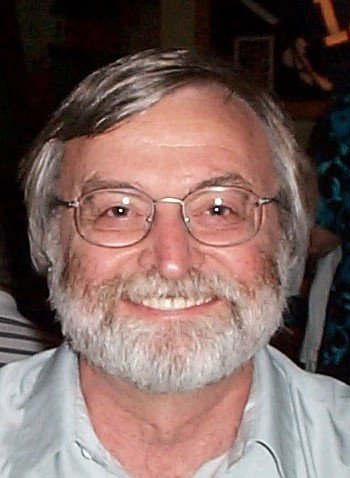 Sheldon W. Lawrence, 75, of Glastonbury, CT, died peacefully at home on February 18, 2019 after a short battle with pancreatic cancer surrounded by his loving family. Born in Nanticoke, PA on November 15, 1943, he was the son of the late Sheldon & Margaret Lawrence.  He was a graduate of both Wyoming Seminary and Wilkes College. Sheldon served in the Army during the Vietnam War from 1968-1969. In 1971, Sheldon married the love of his life, Debbie Lukens. They met while both were working at The Hartford Insurance Group. Shelly said he would never date anyone who worked in the same office.  Well, that didn’t work. Their first date was just before Christmas, 1970 and they were married five months later for over 47 wonderful years. Sheldon worked at The Hartford for 37 years and held a variety of jobs. No matter what his position, he had the respect and admiration of his colleagues. In his last years at The Hartford, he worked with the Hartford Community.  Sheldon was very involved with the staff and students at West Middle Elementary School and helped bring technology to the library, the classrooms, and the computer lab. The school even had a Sheldon Lawrence Day. He made such a difference to so many young lives.  Sheldon was happiest in life when he was able to help others.  He loved projects with his two sons, Eric and Ryan, and would do anything for them.  Sheldon was a craftsman and enjoyed working on his own house, building furniture for his home and helping friends with anything from putting new roofs on their new homes to painting inside and out.  For many years, he loved playing golf and convinced Debbie to take up the game. In recent years, Sheldon spent a lot of time working outside and caring for his garden. He loved sitting outside, enjoying nature around him and reading the paper.  He will be missed by many special friends. He is survived by his loving wife, Debbie, his children, Ryan and his wife Lauren, Eric and his wife Roshawn, his grandchildren Liam, Colby, and Riley, and his two sisters Karen Justus and Pam Paprota and her husband John Paprota, and his brother in-law, Gary Lukens and his wife Cathy.  Family and friends may call at Mulryan Funeral Home, 725 Hebron Avenue, Glastonbury on Friday, February 22, 2019 from 10:00am to 12 noon with a Funeral Service at noon.  Burial will be private.  In lieu of flowers, contributions in Sheldon’s memory may be made to The American Cancer Society (www.cancer.org)

Share Your Memory of
Sheldon
Upload Your Memory View All Memories
Be the first to upload a memory!