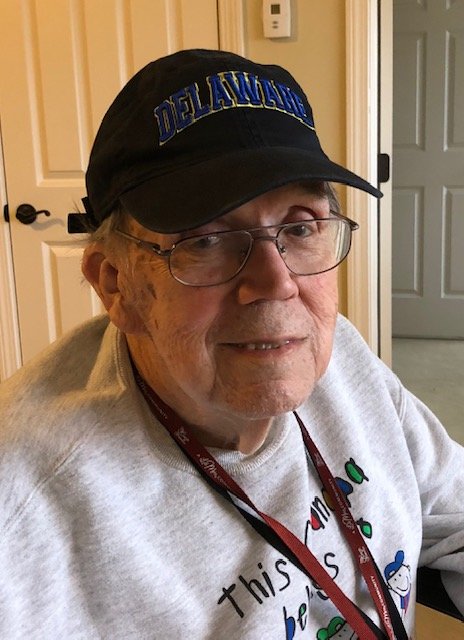 John W. Walton, 89, of Glastonbury, passed away peacefully with family by his side, on April 28, 2019.   He was the widower of Beverly A. Walton to whom he was married for 62 years.  Born in Oxford, Pennsylvania on December 27, 1929, John was the son of the late Earl Ray and Sarah Elizabeth (Betty) Walton.  John was a 1947 graduate of Oxford High School, a 1951 graduate of the University of Delaware where he received his Bachelor of Science degree in Engineering, and a 1955 graduate of the University of Connecticut where he received his Masters of Electrical Engineering Degree.

John’s grandfather, Howard Walton, started H.T. Walton and Sons, a Chevrolet and Oldsmobile dealership in Oxford, Pennsylvania.  He worked there as a young man and also became a salesman in the early 60s until John returned to Connecticut to work for Pratt and Whitney. He began his 35 year career at Pratt and Whitney/United Technologies Corporation in 1957 and retired as a Manager of Power Conversion in the Advanced Technology Division of International Fuel Cells, in 1992.  John then went on to consult with Gerber Garment Technology, Inc. from 1992 - 2002.

Those who had the privilege to know John, know that his real passion was his many radio telecommunications systems, his involvement with the ARRL Amateur Radio Organization and most especially, his role as Deputy Director for Glastonbury Connecticut Emergency Management (GEM).   He was well into his eighties before retiring his badge.  While volunteering there, he planned, designed and implemented a state-of-the-art emergency response and communications system, as well as procuring the grant funding for this project.  John used his knowledge of radio telecommunications to assist with health and safety incidents occurring at community events and he has also trained boy scouts in the use of radios for emergency communications.  Nominated by GEM, John was awarded the American Red Cross Spirit of the Red Cross award in 2010.

As a child John was a Life Scout, played the drums for his high school orchestra, and played junior varsity basketball.   He enjoyed summer Boy Scout camp at Camp Horseshoe in Delaware and delighted in boating with his father in their Chris Craft, on Chesapeake Bay.  Later in life, John was a volunteer Fire Fighter for the Union Fire Company No. 1 in Oxford, PA, since 1955 and remained an honorary active member for the next 64 years.  He enjoyed golfing with his wife and summer vacations on Cape Cod with his family.  John was known for his brilliance in math and physics as well as his bright smile and eagerness to talk with anyone and everyone.

In lieu of flowers, donations in his memory may be made to Hartford HealthCare at Home Hospice (https://hartfordhealthcareathome.org/services/hospice), or to the Town of Glastonbury, Special Gifts and Contributions.  Please note ‘John Walton’ in the memo line.  Mail to: Glastonbury Town Hall, Attn: Town Manager, 2155 Main Street, Glastonbury, CT 06033. These contributions will be used in support of Emergency Management and Planning.

A very special thanks to everyone at Keepsake at the Hearth at Glastonbury, John’s Hospice nurses, Madelyn, Michele and Chris, and to Andrea and Barbara from Caring Nurses Inc. for helping keep our dad’s dignity and comfort their number one priority.